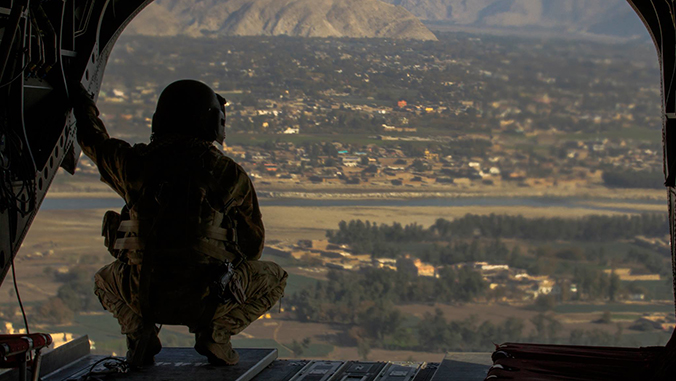 The largest historical study to date of suicide in the U.S. Army was published December 13, in the Journal of the American Medical Association (JAMA) Network Open. The comprehensive study coauthored by a team of researchers from the University of Hawaiʻi at Hilo challenges the assumption that combat is the primary driver of suicide in active duty U.S. Army forces.

The authors compared suicide rates among active duty U.S. Army service members from the early 19th century into the 21st century, and from that data were able to extrapolate historical trends in suicide rates. They found that historically, suicides decreased during times of war, but not during the wars in Afghanistan, Iraq and Vietnam.

“This was a historic study of active duty U.S. Army suicide and what it appears to show is that the usual understanding of basically combat as the primary driver of suicide, seems to be incorrect, at least from a historical standpoint,” says Smith.

“This was a historic study of active duty U.S. Army suicide and what it appears to show is that the usual understanding of basically combat as the primary driver of suicide, seems to be incorrect, at least from a historical standpoint,” says Jeffrey Smith, lead author and associate professor and chair of the history department at UH Hilo. “For the most part during active war time, you actually saw a pattern of decreases in suicide rates, and that seems to be historically true across the 19th and first half of the 20th century,” says Smith. “However, that paradigm seems to change once you get to the so-called endless wars in Vietnam, Iraq, and Afghanistan. Those conflicts look to represent a new paradigm shift as you are seeing increases in suicide during wartime.”

The study is titled, “A Historical Examination of Military Records of U.S. Army Suicide, 1819 to 2017.” Smith’s coauthors are Michael Doidge, historian with the Department of Defense’s Defense Health Agency; Ryan Hanoa, a senior majoring in history at UH Hilo; and B. Christopher Frueh, a clinical psychologist and professor of psychology at UH Hilo. Frueh and Smith collaborate since 2011 and published a 2012 study that estimated rates of suicide, alcohol abuse, and probable psychiatric illness among Union Forces during the U.S. Civil War. For the current study, Frueh provided expertise on the medical background and psychological aspects of the study.

Smith hopes the study will lead to analyzing other factors outside of combat to understand what is driving the current increase in active-duty military and veteran suicide rates. He says the next phase of the research will compare suicide rates and trends in civilian and veteran data.

For more on the story go to UH Hilo Stories.