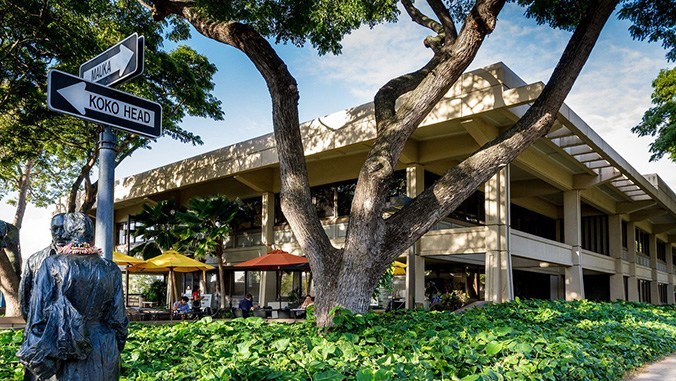 University of Hawaiʻi at Mānoa School of Law Dean Avi Soifer will be given a national award for his outstanding support for pro bono work and public service.

Soifer will be presented with the 2020 Deborah L. Rhode Award from the national Association of American Law Schools (AALS) at its annual convention in Washington, D.C. on January 4, 2020. Founded in 1900, the AALS is the non-profit organization of 179 U.S. law schools that graduate the vast majority of the nation’s lawyers.

The national honor recognizes Soifer’s work on behalf of people in Hawaiʻi who have benefited from many thousands of hours of free assistance, provided by the students and faculty at the William S. Richardson School of Law. It also responds to over a dozen initiatives during his deanship that serve those in need, including those among the most vulnerable in the community.

Soifer said that he was very grateful for the honor, yet he pointed out that the recognition really ought to be to the entire Richardson Law School—students, faculty, and alumni—for their ongoing support for free legal assistance to those most in need. He added that, for example, the law school was unique in its pro bono requirement for graduation of at least 60 hours (a graduation requirement first advocated by students), and most Richardson students far exceed that number.

“My work has been our work at our law school,” Soifer said. “Working together we have accomplished a great deal with our legal community allies to increase access to justice in Hawaiʻi. At heart this is what the William S. Richardson School of Law is all about—reaching out together to help others.”

In nominating Dean Soifer, Martha Minow, former dean of Harvard Law School and vice-chair of the Legal Services Corporation, cited a wide range of initiatives launched by the dean to build capacity in Hawaiʻi’s social justice safety net, calling him “a leader in legal education and exemplary participant in state and national social justice efforts.”

Under Soifer’s tenure at Richardson, projects from existing law clinics to the new Hawaiʻi Innocence Project, Ka Huli Ao Center for Excellence in Native Hawaiian Law, Medical-Legal Partnership, the Law and Justice Institute, and many others have all flourished. Under his guidance, a new clinical building to house the growing number of programs that directly serve the public became a reality; the law school received reaccreditation for another 10 years; and faculty teaching and scholarship thrived.

Read more from Soifer’s nominators and his contributions to the school and the state.