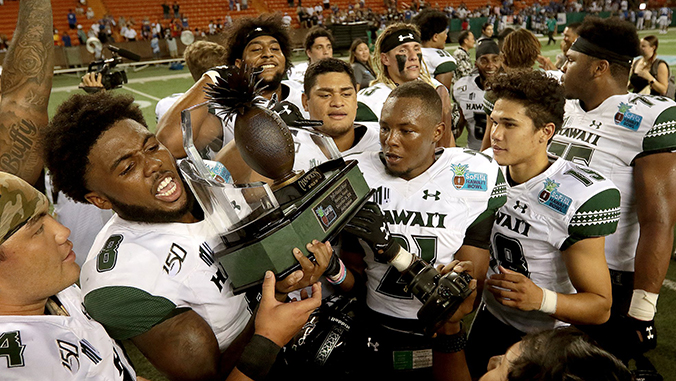 This is the fifth Hawaiʻi Bowl title for the Rainbow Warriors, raising their bowl record to 7-6 all time. UH and BYU have met 31 previous times. Tuesday’s win gives Hawaiʻi its seventh 10-win season and the first since 2010.

This is Head Coach Nick Rolovich’s fourth season leading his alma mater. The team had its most productive this year under his leadership with victories against two PAC-12 teams and earning the Mountain West Conference West title.