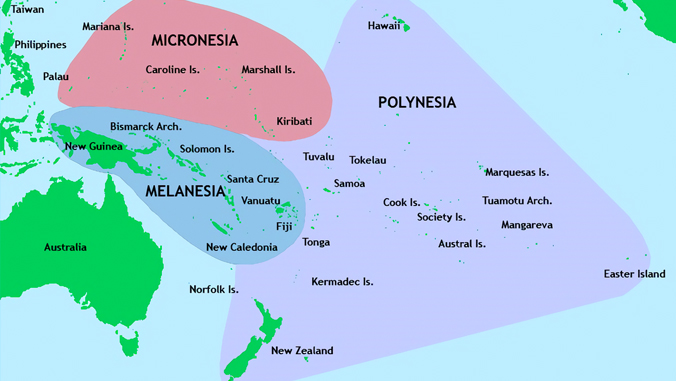 The symposiums ʻOnipaʻa: Polynesian Strategies on Political Self-Determination on Māori Constitutions and Tahitian efforts for Independence through the UN Committee for Decolonization of French Polynesia feature some of the leaders in Polynesian independence.

“When we look at all of the issues Hawaiians are protesting and trying to protect—Maunakea, Kahuku, Waimānalo, Maui Water Rights and all of the other land and water issues that are dear to Hawaiian hearts—we often consider what would happen if we had a government of our own that governed our own lands,” said Brandt Chair Lilikala Kameʻeleihiwa, a professor at the University of Hawaiʻi at Mānoa Kamakakūokalani Center for Hawaiian Studies, in an article she wrote for the Office of Hawaiian Affairs about the symposiums. “Such a govern­ment would require Constitution and even, perhaps, independence.”

The speakers include Moana Jackson, founder of Maori Legal Ser­vices in New Zealand, who wrote the first draft of the UN Declaration on the Rights of Indigenous Peoples; Auckland University Professor Margaret Mutu who has fought many land struggles and Sen. Ariʻihau Tiiheiava of Tahiti and the Tahitian Inde­pendence Party, who will report on his work with the UN Com­mittee on Decolonization of French Polynesia. UH participants include Hawaiʻinuiākea School of Hawaiian Knowledge Dean Jon Osorio and UH Mānoa Hawaiian Studies Associate Professor Kamana Beamer.

The symposiums are Wednesday, January 22 at the UH Mānoa Kamakakūiokalani Center for Hawai­ian Studies; Thursday, January 23 at Kaʻiwakiloumoku on the Kamehemaha Schools Kapālama campus; and Friday, January 24 at Hale Aʻo at Windward Community College. The events begin at 5 p.m. with the lectures starting at 7 p.m. The livestream for the ʻOnipaʻa event will be available to view on: ʻŌiwi TV Live, the ʻŌiwi TV YouTube account or ʻŌiwi TV Facebook.

The Brandt Endowed Chair is part of the UH Mānoa Kamakakūokalani Center for Hawaiian Studies, which is named after her. The lifelong Hawaiian educator was the first female principal in Hawaiʻi when it was still a U.S. Territory before serving as a principal at Kamehameha Schools, regent and chair of the UH Board of Regents and trustee at the Office of Hawaiian Affairs. She also co-authored the essay Broken Trust that led to the reorganization Bishop Estate, which is now Kamehameha Schools. Her estate established the endowed chair at UH to enhance research, attract students and scholars from throughout Polynesia, and encourage positive dialogue between academic disciplines, the university and the wider community.