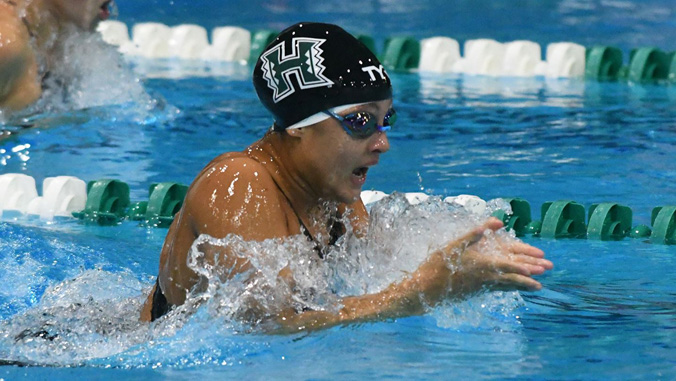 The University of Hawaiʻi at Mānoa swimming and diving team was named as one of a record number of programs being honored for Scholar All-America Team by the College Swimming and Diving Association of America (CSCAA) for the fall 2019 semester.

Under first-year head coach Elliot Ptasnik, UH Mānoa had both the men’s and women’s teams represented in the record-setting year. The men’s team narrowly beat out the women’s team in terms of GPA. The Rainbow Warriors accounted for a 3.47 GPA, while the Rainbow Wahine were set at 3.46.

UH Mānoa keeps adding to an impressive campaign in 2019–20 as one of the strongest programs in the pool and in the classroom. The ‘Bows recently captured MPSF titles for both the men’s and women’s squads, and several athletes from each team are gearing up for the NCAA Championships coming up in March.

Read the full story on the UH Mānoa Athletics website.