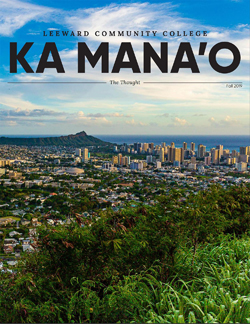 Leeward CC sent five students and an adviser to the three-day convention that attracted hundreds of college students from across the country. The Best of Show awards were open to colleges attending the convention. This is the second time Ka Manaʻo has been recognized in a Best of Show category.

The ACP, is a national community of collegiate journalism,media advisers and students. A division of the National Scholastic Press Association, ACP provides journalism education services to students, teachers, media advisers and others throughout the United States and in other countries.