Scientists at the University of Hawaiʻi at Mānoa have discovered a novel method of diagnosing non-Hodgkin lymphoma, a group of cancers that start in cells called lymphocytes, which are part of the body’s immune system.

Currently, there are no widely recommended screening tests for non-Hodgkin lymphoma, which is usually diagnosed through invasive surgical or needle biopsies, or removal of living tissue for examination.

This new study, published in SciMedicine, suggests the use of Raman spectroscopy technology as an initial step to determine if and when a biopsy would be necessary. 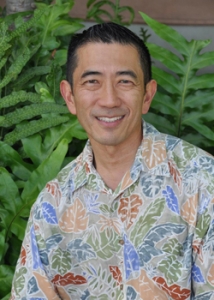 The study is led by Bruce Shiramizu, pediatrician researcher at the John A. Burns School of Medicine (JABSOM) and senior author of the paper. Shiramizu describes their findings as a repurposing of technology that has been used for the Department of Defense in remotely identifying chemicals such as explosives using a laser technique.

“We partnered with an investigator with a physics background to design a way to use a hand-held probe to identify different types of pediatric non-Hodgkin lymphoma tissues,” said Shiramizu. He adds, “the importance of this work is to be able to use the hand-held probe as a screening or diagnostic tool for real-time assessment of a mass that might be a tumor.”

“This work in characterizing malignant cells has future diagnostic implications as a non-invasive initial tissue assessment in children with potential malignancies,” said Melissa Agsalda-Garcia, researcher at JABSOM’s Hawaiʻi Center for AIDS and first-author of the paper.

This study is being supported by the St. Baldrick’s Foundation, the largest private funder of childhood cancer research grants, through multiple grants totaling $113,000.