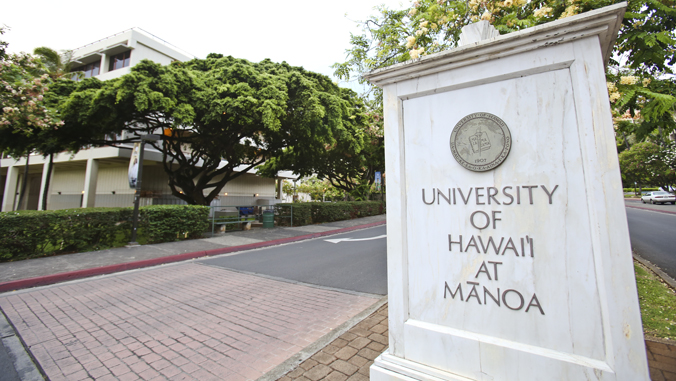 The University of Hawaiʻi at Mānoa is in the top 1 percent of worldwide universities and colleges, according to the Round University Ranking (RUR) world university rankings released on April 29.

“These rankings reflect the excellence of our students, faculty and staff as potential applicants make important decisions on which institutions to attend in the fall,” UH Mānoa Provost Michael Bruno said. “Hawaiʻi can take pride knowing that one of the top universities in the world is located right here in our state.”

RUR is produced using data provided by Clarivate Analytics. The RUR world university rankings aim to guide potential students and their parents to choose the higher institution that suits their needs, assist professors with finding collaborators from other universities and serve as an assessment tool for managers of universities. About 1,100 of the world’s leading universities from 82 countries are considered for the rankings.