The University of Hawaiʻi at Mānoa Athletics Department celebrates Father’s Day in its latest episode of ‘Bows Kitchen. In this episode, men’s volleyball players and brothers, Joe Worsley and Gage Worsley, make breakfast for their father.

The brothers divided the breakfast duties and had fun in their kitchen while frying bacon and blending a fruit smoothie. Gage later shows their dad smiling and throwing a big shaka as he watches his boys cook.

Watch the Worsley brothers’ cook up a classic breakfast! 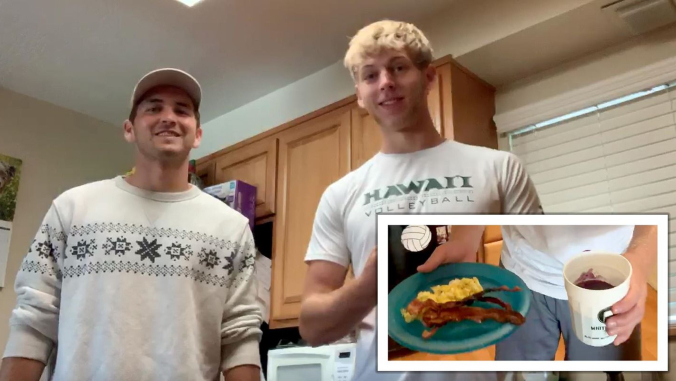