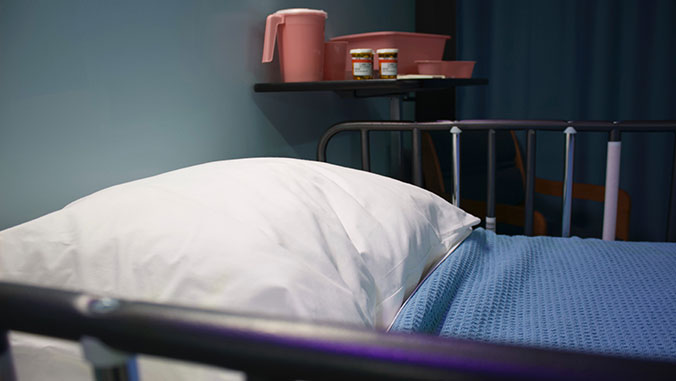 This Community Voice column by Catherine Pirkle, associate professor in the Office of Public Health Studies, University of Hawaiʻi at Mānoa ran on the Honolulu Civil Beat website on June 24, 2020.

This week, the Legislature is convening to make critical spending decisions for the future of our state. Most of these decisions will dictate how we address our local COVID-19 outbreak.

I offer here the perspective of someone who has worked for over 15 years in some of the most severely resource-constrained settings in the world. They’re based on my professional experiences working on another global pandemic—HIV/AIDS.

I began my career at a unique historical moment in which global funds to address HIV/AIDS went from almost non-existent to spectacularly abundant. This happened in 2003 and coincided with President Bush’s State of the Union speech in which he simultaneously announced intentions to go to war with Iraq and a $15-billion-dollar relief package to address HIV/AIDS.

The decade to follow was a remarkable time for research and action, as well as for critical reflection about our responses.

The first consideration is “Know your epidemic, know your response.”

This slogan was led by UNAIDS, the United Nations agency responsible for strategic direction in the global response against HIV/AIDS. The slogan recognized that there is no single HIV epidemic, but instead many diverse ones that reflect the unique social, demographic, economic, and health system characteristics of the places where they occur.

As such, no singular prevention or treatment solution exists. This lesson equally applies to our current COVID-19 outbreak.

“Know your epidemic, know your response” is a reminder that successfully combatting a disease requires nuanced insights into the people infected and affected, including broader community expectations around behavior. Most human health conditions, including those caused by infectious organisms, are rooted in people’s behaviors. People’s behaviors are constrained by social structures.

Social structures broadly describe how we organize our society and the institutions that govern our actions. Our economic and political systems are examples.

Public policies also reflect these, including how we fund health services, who has access to those services, and which services we deem most important. Social structures also manifest in how we define groups—race, sex, occupation—and how we treat those groups, including the options that are available to them to protect their health. Not everyone is treated equally, nor have the same options available to them.

Waiting for a vaccine

This brings me to the second consideration, biomedicalization.

At varying moments over the past four decades of addressing the HIV pandemic, there were intense debates about who should be “at the table” to address the problem. At times, the epidemic was viewed as “a medical problem best addressed by purely technical, biomedical solutions whose management should be left to biomedical professionals and scientists.” This is biomedicalization. Such a response searches for singular solutions—such as a wonder drug or vaccine—to solve a complex problem that cannot be parsed out from the complicated ways people behave and interact, and the inequalities between people.

This is no different from now. All of us, including myself, are hoping for a silver bullet solution like a vaccine. There are no guarantees one will be developed. In the meantime, we must address the ongoing pandemic. Diagnostic tests and case-tracing are critical tools to effectively address outbreaks across the globe, but they are insufficient. A purely biomedical response to the disease will fail, because it doesn’t consider the people and communities in which disease transmission happens. It ignores the behaviors, and social structures, that facilitate or prevent viral transmission.

I present three considerations from my work on HIV/AIDS that may provide lessons for moving forward with our responses to COVID-19.

This brings me to my final consideration—vertical approaches.

When we biomedicalize a response to a given health condition, like COVID-19, our actions and funding tend to concentrate exclusively on that condition and a set of limited technical solutions to resolve it. This is a vertical approach. While vertical approaches make sense, especially when resources are scarce, they often do not work as intended.

The problem is that most deadly diseases, including COVID-19, are efficient at reaching the vulnerable members in our society. The much higher rates of infection, hospitalization, and death among underserved and marginalized racial/ethnic minorities in the US exemplifies this point. Vertical approaches are incapable of addressing the complex factors that place certain groups at higher risk than others.

The other issue with vertical approaches is the challenge associated with implementing them within health systems and public health networks. Neither function well vertically. When we throw all our money and effort into addressing a singular disease, we risk creating duplicate systems that compete with each other.

After President Bush’s State of the Union speech in 2003, large sums of money went to vertical, heavily biomedical approaches. In general, this new windfall could not be used to build capacity within already fragile health systems.

The result was a fracturing of the existing health system. For example, staff who once treated critical medical issues like malaria or worked in delivery care took better paying jobs working on HIV/AIDS.

Governmental agencies limped along with sparse budgets, while newly created HIV/AIDS units flourished. But, these new units could not be sustained without external infusions of money. Because of this, they often lacked independence to make decisions pertinent to their communities and funds frequently flowed in inexplicable ways driven by external donors unfamiliar with the local context. In other words, “Know your epidemic, know your response” was ignored.

We can learn from the considerations above. For example, to properly know our epidemic, we need to identify and target the unique social vulnerabilities that place certain groups in our state—for example Filipinos and Pacific Islanders—at higher risk than others. To do so means avoiding an exclusively biomedical response, part of which requires a diversity of perspectives, including from social scientists and community leaders, to guide the response.

Finally, there are risks to vertical approaches that seek to bolster resources for a singular health condition while failing to support the broader system in which these approaches are implemented. To successfully combat this disease, we should limit our dependence on unsustainable external funds that create siloed, vertical programs, with a limited number of technical fixes, rather than reinforce the whole system.