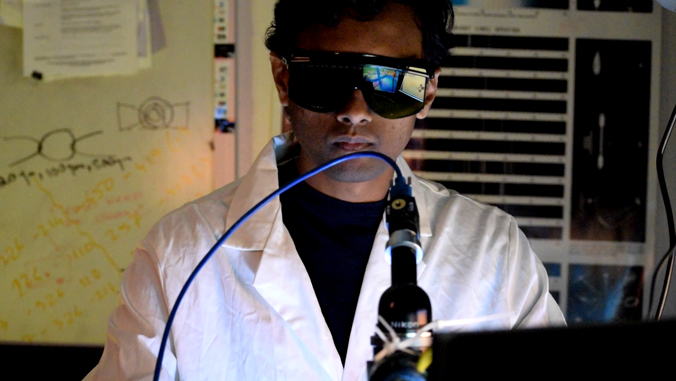 A 2018 University of Hawaiʻi at Mānoa electrical engineering PhD graduate has been awarded a two-year, $120,000 postdoctoral fellowship to develop a space medical oxygen delivery system. 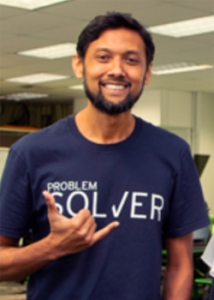 Arif Rahman said the current problem is that space explorations require crew members to work in a reduced pressure cabin atmosphere, which may lead to hypoxia or lack of oxygen in the tissues. The primary treatment is to administer medical-grade oxygen. However, exhaling oxygen-enriched air into a confined space will violate NASA flight rules prohibiting concentrations of more than 30 percent oxygen, which increases the likelihood of a fire.

Under the mentorship of Professor Aaron Ohta, Rahman will create a delivery system that can reduce the oxygen concentration after a patient exhales to safe levels while still administering enough oxygen to the patient. Most of the work will be completed at UH Mānoa’s Microdevices and Microfluidics Lab.

Rahman, who worked as a postdoctoral fellow with the Hawaiʻi Natural Energy Institute in the School of Ocean and Earth Science and Technology since 2019, is one of five awardees of the Translational Research Institute for Space Health (TRISH) at Baylor College of Medicine postdoctoral fellowship. TRISH, which aims to solve health challenges to human deep space exploration, is a partner to the NASA Human Research Program.

Reaction to the award

Rahman said he is looking forward to the challenge and is proud to have his proposal approved after modifying it for about a year.

“I submitted many proposals for the federal research grant since 2019,” Rahman said. “The success of this proposal came after at least nine failures, which amplified my joy. This fellowship provides a unique opportunity to address challenges to astronaut health during deep space exploration missions.”

Ohta, who also served as Rahman’s PhD advisor for four years, describes him as “self-motivated, ambitious and hard working.” Ohta said he is looking forward to reconnecting with Rahman later in his career as a researcher.

“I’m very excited and happy that Dr. Rahman (Arif) received this fellowship,” Ohta said. “This is great visibility for UH. This fellowship also demonstrates Arif’s growth as a researcher. The idea for this project and the fellowship proposal are all Arif’s work, so he deserves this honor.”