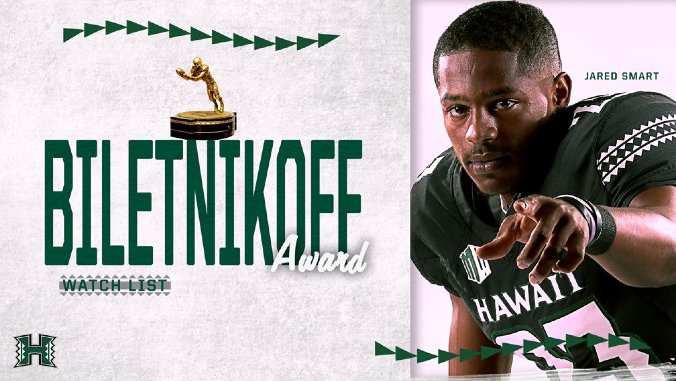 A University of Hawaiʻi at Mānoa football player was recently named to a watch list of 55 preseason candidates for the national Biletnikoff Award which annually recognizes college football’s most outstanding receiver. The award is sponsored by the Tallahassee Quarterback Club Foundation.

The award is named after Fred Biletnikoff, a member of the pro and college football halls of fame, who was a consensus All-America receiver at Florida State University and an All-Pro receiver for the Oakland Raiders. Biletnikoff was the Most Valuable Player of Super Bowl XI.