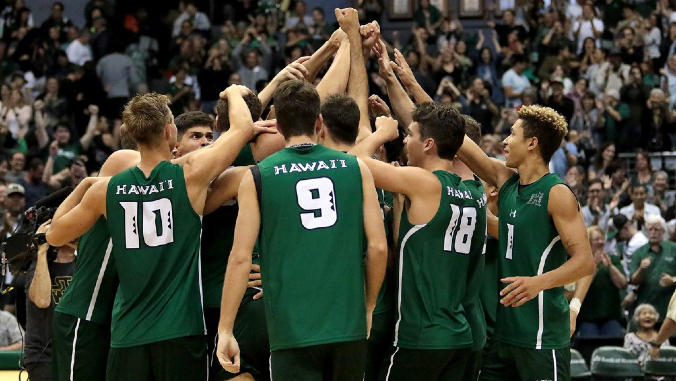 The University of Hawaiʻi at Mānoa men’s volleyball team has been honored for its academic excellence for the third time in the last four years.

Sponsored by the American Volleyball Coaches Association (AVCA) the Rainbow Warrior volleyball players are the recipient of the USMC/AVCA Team Academic Award, which they also received in 2017 and 2019.

The men’s volleyball team was one of just 38 men’s collegiate teams—and one of two Big West Conference schools—to earn the award for the 2020 season. Of the 38 teams, only 10 teams compete in Division I.