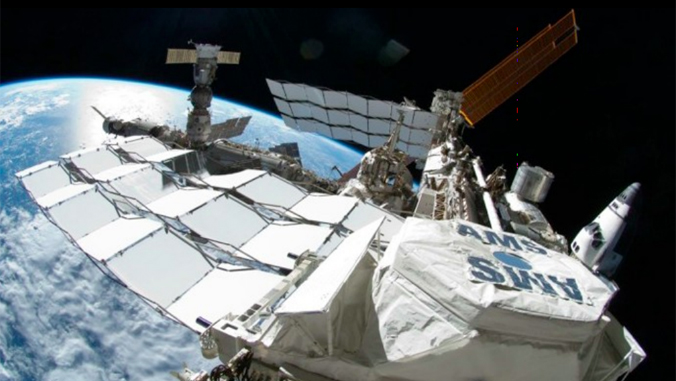 A new University of Hawaiʻi at Mānoa study aims to be a game-changer in space exploration. Led by Department of Physics and Astronomy Associate Professor Veronica Bindi, the UH Mānoa team will predict a key component of space radiation, which has severe negative effects on human health. The project is funded by a four-year, $925,000 NASA grant.

Space radiation is made up of particles trapped in Earth’s magnetic field; particles shot into space during solar flares; and galactic cosmic rays (GCRs), which are atom fragments such as protons and neutrons in the galaxy.

One of the most important goals of the NASA Human Research Program is to support investigations into space radiation and its health impacts. The research will ensure that crew members can live and work in space without exceeding acceptable radiation health risks. Existing research shows that health risks include cancer, damage to the central nervous system, cataracts and hereditary effects.

“The amount of space radiation is typically low but the effects are cumulative so it becomes important during long missions where the amount of time spent in space is significant, such as a mission to Mars,” Bindi said.

Bindi’s team will focus specifically on GCRs because the health impacts of GCRs for astronauts on long-term space missions has been vastly understudied. The research will drastically expand the forecast of GCRs from hours to centuries using a variety of data sources.

“We will develop a model able to predict the intensity of cosmic rays over different locations in the heliosphere (‘bubble’ of solar wind created by the Sun) such as at Earth, Moon, Mars and during different times in the solar cycle,” Bindi said. “Using the data measured by the Alpha Magnetic Spectrometer on the International Space Station, and old data from the NASA fleet of satellites such as Ulysses, ACE, Voyager 1 and 2 and other spacecrafts, we will be able to improve, tune and test our model.”

Bindi’s team consists of three post-doctoral researchers and four graduate students. The grant will fund an existing post-doctoral position, currently filled by Claudio Corti, one of the project’s leaders. The team’s research focuses on topics such as heliophysics, space radiation, data analysis and spacecraft mounted scientific instruments. The team also hosts an internship program for college students worldwide and works with students from Hawaiʻi high schools and middle schools.

“We are delighted with this award. Professor Bindi has been performing cutting edge research and this award will enable the continued success of her project,” College of Natural Sciences Dean Aloysius Helminck said.