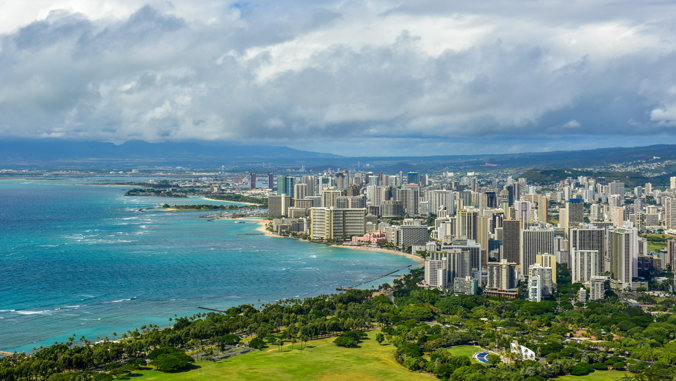 Due to the impacts of a wave of new coronavirus cases over the summer, the University of Hawaiʻi Economic Research Organization’s (UHERO) baseline forecast is projecting that any meaningful economic recovery for the state will be delayed until the middle of 2021, followed by a weakened recovery period.

“Hawaiʻi’s summer COVID-19 resurgence put the brakes on what had been the beginnings of a tentative economic recovery. A second delay of the tourism restart was another setback for our leading industry. The renewed need for strict social distancing on Oʻahu hit the non-tourism economy, too,” said the forecast update. “A likely dearth of additional federal fiscal support will further hamstring the economy.”

UHERO noted that employment in leisure and hospitality fell 60% early in the pandemic, and remains at less than half its pre-pandemic level. Significant impacts have also been felt by industries associated with tourism, such as transportation, retail and food service. Industries outside of tourism have also experienced declines in employment.

The forecast noted that the construction industry has avoided job losses, with home resales and private permits rebounding by midsummer from earlier declines. Home prices, however, are expected to be dampened by modestly higher supply and weaker demand.

The baseline forecast predicted arrivals to the islands will begin to rise after the scheduled launch of the pre-travel testing program on October 15, and as the virus becomes better controlled in the state. More significant tourism gains will be seen after a vaccine becomes widely available, which is expected in the second half of 2021.

In addition to its baseline forecast, UHERO also provided optimistic and pessimistic scenarios.

Under an optimistic scenario, gains in the availability of rapid virus tests would enable a more rapid recovery in visitor numbers. It also assumed additional federal support for households.

Under a pessimistic scenario, a third wave of illness emerges in the fall and winter, and an effective vaccine does not become widely available until late next year, delaying a significant tourism restart. A much slower restart of tourism and continuing need for social distancing would weigh more heavily on demand. Facing larger and more prolonged budget deficits, state government would resort to partial furloughs. The aggregate result would be persistently weak employment and income, with unemployment remaining above 8% until 2022.