Neutron-1 successfully launched as part of an International Space Station (ISS) resupply mission from NASA’s Wallops Flight Facility in Virginia on Friday, October 2. The small satellite involved more than 100 University of Hawaiʻi students, faculty, staff and volunteers, and will measure neutrons in space and radiation coming from the Sun.

Neutron-1 was aboard the ELaNa 31, NG-14 rocket as part of a rideshare mission, which included other satellites, and will be in space for approximately one year. When astronauts set up the deployer pod for launch out of the ISS around mid-November, Hawaiʻi Space Flight Laboratory (HSFL) will continue to be the primary driver for the Neutron-1 mission.

UH students, faculty, staff and volunteers were able to view the rocket launch live on NASA TV and can be viewed on the HSFL website. 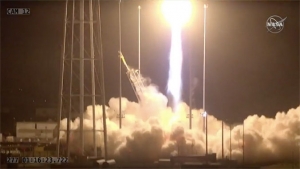 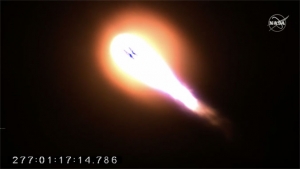 “I am thrilled. This is a great achievement of the University of Hawaiʻi’s Neutron-1 team of students, staff and faculty,” said Peter Englert, a Hawaiʻi Institute of Geophysics and Planetology (HIGP) researcher and principal investigator for the Neutron-1 mission. “It demonstrates the quality of undergraduate education and research in space science and engineering at the university.”

“This mission development demonstrates that HSFL can deliver flight hardware and work collaboratively with other institutions regarding NASA planetary exploration,” said Lloyd French, HSFL researcher and project manager for the Neutron-1 mission. “Small spacecraft and cubesat architectures are the next generation of planetary robotic exploration, and HSFL is poised to take advantage of the opportunity.”

This is HSFL’s second completed spacecraft. In 2016, the first iteration of the Neutron-1 payload was lost due to a failed suborbital rocket that was launched from Wallops Flight Facility.

“Watching the NG-14 launch from Wallops Flight Facility in Virginia was an amazing opportunity to reflect how far we have come as a team, how many students were impacted by the project, and all of the lessons that were learned along the way,” said Amber Imai-Hong, an avionics engineer at HSFL and ground station coordinator for the Neutron-1 mission. “Watching a rocket ascend to space is always amazing, and to know that this leg of the journey is complete was a huge relief.”

The team is now gearing up for mission operations. HSFL will control Neutron-1 via the GlobalStar network, and partner with amateur radio operators to communicate with the satellite through HSFL’s Kauaʻi Community College Ground Station to receive and send messages to the satellite when it is released from ISS in November.

The Neutron-1 project was funded by a NASA EPSCoR Research Infrastructure Development award, and the team conveys special thanks to the Air Force Research Lab for providing solar cells for the project. 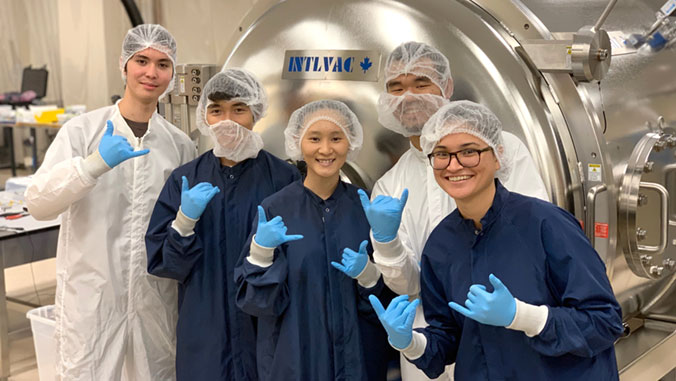