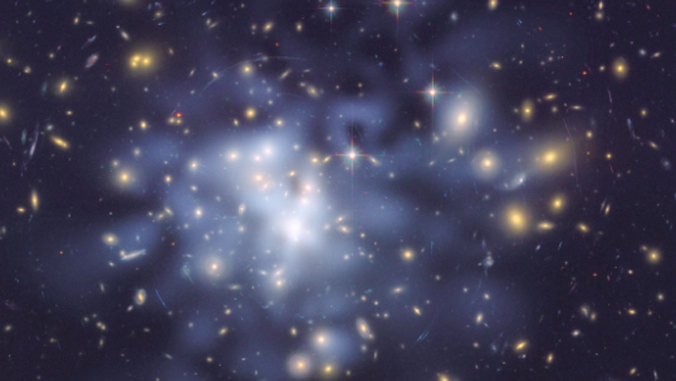 New findings may shed light on interactions involving dark matter, which is essentially invisible and makes up about 85% of all matter in the universe.

XENON1T, an experiment conducted deep underground in Italy, has detected a series of “events,” which physicists are hoping indicate faint interactions between dark matter and ordinary matter.

An interpretation of the XENON1T discovery is presented in a Physical Review Letters editor’s selection paper, co-authored by University of Hawaiʻi at Mānoa Department of Physics and Astronomy Professor Jason Kumar.

“Our current theory of particle physics is called the Standard Model, but physicists have been searching for evidence of new matter or interactions which go beyond this theory,” Kumar said. “The XENON1T finding could be direct evidence for the existence of something beyond the Standard Model, and that is very exciting.”

Discovery of series of ‘events’

XENON1T is one of several experiments designed to detect faint interactions between dark matter and ordinary matter. Researchers working on the XENON1T experiment announced that they have detected an excess of events—beyond what was expected from natural sources, such as radioactive decays. The events included a production of energy within the detector.

Kumar noted that the events which XENON1T observed are consistent with a theory in which dark matter scatters inelastically, meaning the dark particle which emerges from the interaction is slightly heavier than the one which started the interaction, and the heavier particle produces energy which matches what was seen by the XENON1T experiment.

Kumar noted that the next steps in this research will further analyze the XENON1T experiment and confirm if the reaction was a sign of elusive dark matter interactions.

“The work is already underway,” Kumar said. “Experimentalists are already building new experiments which are much more sensitive, and theorists are developing new strategies for figuring out what’s really behind the XENON1T finding.”