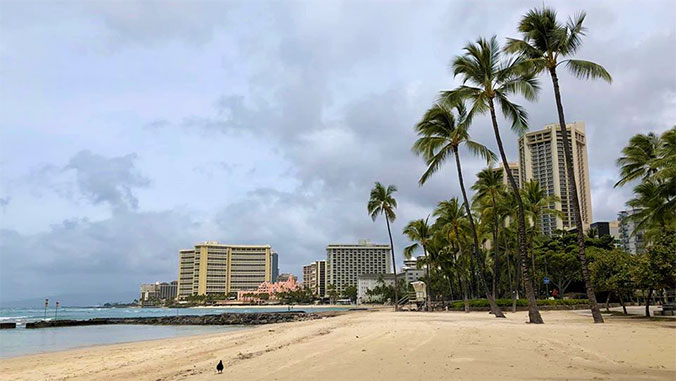 The value of goods and services produced in Hawaiʻi or gross domestic product (GDP) declined at a 42% annual rate in the second quarter of 2020, and, in December, data will be released on how much of a rebound occurred in the summer.

However, according to a new University of Hawaiʻi Economic Research Organization (UHERO) article, economists need to analyze more than just Hawaiʻi’s real GDP to capture the current economic situation. That’s because the state GDP data is released with a three-month lag and undergoes many revisions after its release. Experts said with the quickly changing economic landscape caused by COVID-19, most traditional data sources are not timely enough.

Carl Bonham, UHERO executive director and professor of economics and Peter Fuleky, UHERO research economist and associate professor of economics, illustrated that in March and April 2020 when UHERO was trying to calculate potential job losses in the state, preliminary data for job counts by industry for February were available, but no data existed for March or April. UHERO relied on data on the number of initial unemployment claims and data from surveys conducted with the Chamber of Commerce Hawaii to issue projections. But the incoming data led to an overestimate of the number of lost jobs in April. This example exposes discrepancies that caution against relying too much on any individual data series.

In addition to using data released by government agencies, UHERO began incorporating data from private sources into its forecasts. While private data frequently comes in a relatively raw form with missing data points, it is typically not revised. In contrast to carefully designed public surveys, there is no guarantee that later data points are compatible with previous ones. However, if the private data is available at a high frequency and with a short release lag, the benefit of timely information may offset the drawbacks. For example, the weekly UHERO Economic Pulse Index uses data collected by government agencies and from private sources to assess the current economic landscape.

The UHERO Economic Pulse Index is an experimental measure of economic conditions. It summarizes information from a variety of indicators, whose number may change as more data sources become available. Experts will analyze the index’s effectiveness in predicting the overall state economy when the state GDP for the third quarter is released in December 2020.

UHERO is housed in the College of Social Sciences.