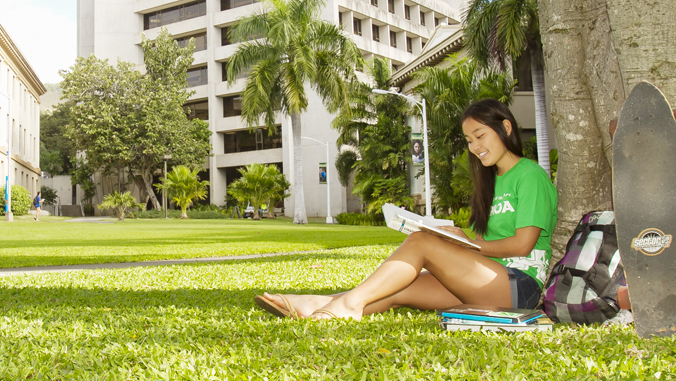 Several of the best graduate programs in the nation are at the University of Hawaiʻi at Mānoa, according to U.S. News and World Report’s 2022 Best Graduate Schools rankings, released on March 30.

“Rankings across specific disciplines can play a major role in a student’s decision to attend a particular university. The U.S. News and World Report’s rankings reflect UH Mānoa’s excellence across many of our graduate programs, further evidence of our status as one of the world’s great research universities, providing a wide range of opportunities for our students,” UH Mānoa Provost Michael Bruno said.

John A. Burns School of Medicine

The state’s premier medical school, John A. Burns School of Medicine (JABSOM) ranked No. 24 in primary care and No. 64 in research out of 123 of the best medical schools in the U.S. This is the second time in five years that JABSOM made the top 25 (No. 19 in the U.S. in primary care in 2016). JABSOM also placed No. 35 for diversity and No. 31 for percentage of 2012–14 graduates practicing in primary care specialties. Read more on JABSOM‘s website.

School of Nursing and Dental Hygiene

UH Mānoa Nursing also placed No. 69 out of 220 schools for best master’s nursing programs, consistently ranking in the top 30% nationally since 2018.

The College of Education (COE) ranked No. 80 of 277 schools considered, the 16th straight year the college has been listed as one of the nation’s top 100 education programs. The college also remains at the top for funded research, securing $19 million in contracts and grants in 2020. Nationally accredited since 2000, the COE continues to be recognized for its award-winning programs and people.

In 2021, despite the ongoing COVID-19 pandemic, faculty, staff, students and alumni won national awards for art education, academic advising and world language teaching; secured funding for computer science and math education as well as the history of education in Hawaiʻi; and were selected for teacher fellowships and promoted to rector of a university.

The Office of Public Health Studies (OPHS) in the Thompson School of Social Work & Public Health placed No. 123 out of 188 U.S. doctoral programs ranked. The two programs are a PhD in public health, which specializes in community-based and translational research, and a PhD in epidemiology, which has been in high demand in COVID-19. OPHS is also home to growing undergraduate and masters programs, and is developing an online master of public health program to meet workforce demands.

The Public Administration Program in the College of Social Sciences ranked No. 95 out of 285 graduate programs considered. The master’s of public administration program is the state of Hawaiʻi’s only Network of Schools of Public Policy, Affairs and Administration accredited program, offering an 18-month accelerated, two-year full-time and three-year part-time plan.

These rankings are examples of UH Mānoa’s goal of Enhancing Student Success (PDF) and Excellence in Research: Advancing the Research and Creative Work Enterprise (PDF), one of four goals identified in the 2015–25 Strategic Plan (PDF), updated in December 2020.