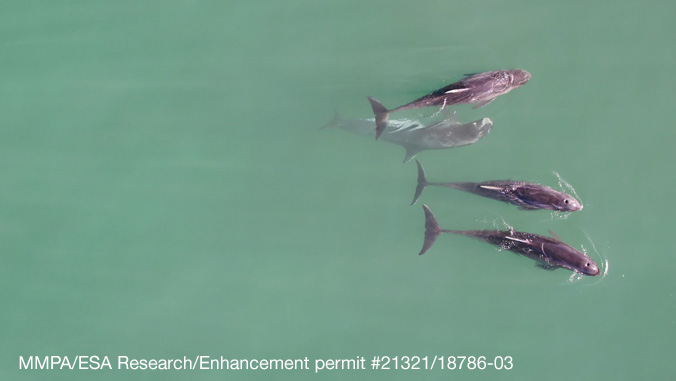 Drone technology by the University of Hawaiʻi Marine Mammal Research Program (MMRP) was used to document rapid weight loss in a group of distressed pygmy killer whales off Maui in 2019. The groundbreaking research by the Pacific Whale Foundation (PWF) and the MMRP, which also assisted with analyzing the data, was published this month in Scientific Reports. The use of drones to document the health of marine animals, such as pygmy killer whales—a rare species of dolphins—could lead to better public policy to protect endangered sea life.

“This new approach opens up doors to quantify these changes in body condition, in response to not only human activity, but also larger climatic changes that the environment is posing towards these animals,” said Lars Bejder the director of MMRP, a unit in the UH Mānoa Hawaiʻi Institute of Marine Biology. MMRP is partnering with PWF to use drones to monitor whales and dolphins in the wild. 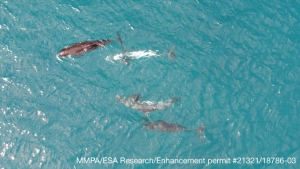 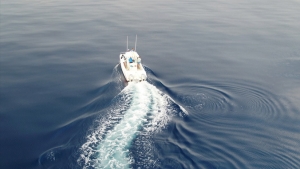 PWF researchers tracked six, distressed pygmy killer whales for 21 days in September 2019, after they were detected within a few hundred meters offshore of Māʻalaea Bay, Maui. Their normal habitat is about 25 miles offshore. The drone technology detected an average of 2% reduction in body weight per whale, per day, with the smallest one losing 27% of its body weight in 17 days. Two of the whales eventually stranded themselves on shore and died and then the remaining four departed the area.

“Using (unmanned aircraft systems)-photogrammetry, we were able to document the group’s deterioration over 21 days, as they were in an area not suitable for normal feeding activity,” explains PWF Chief Scientist Jens Currie. “This is the first instance in which we’ve been able to monitor a fasting or starving event in the wild over a three-week period, which really speaks to how quickly dolphins can deteriorate if they have no ability to forage.”

The incident came a month after 11 pygmy killer whales came ashore in South Maui in a mass stranding that made headlines and inspired a flurry of scientific investigation. Five of the animals ultimately died and the reason for the stranding remains a mystery.

MMRP and PWF are also collaborating on humpback whale research. They are tracking the same whales monitored off of Maui during the winter months and in Alaska during the summer months to better understand their physical and reproductive health.