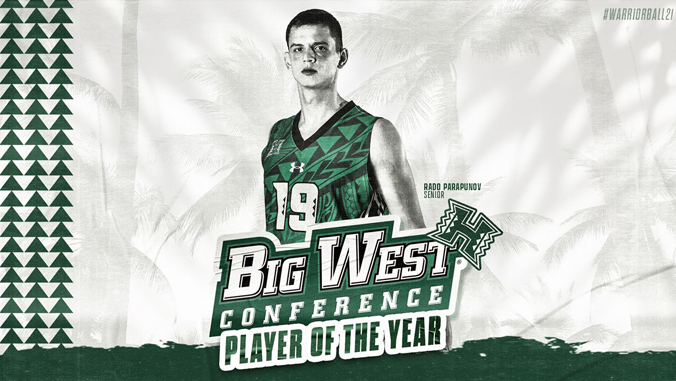 For the second consecutive year of competition, University of Hawaiʻi at Mānoa senior opposite Rado Parapunov was named the Big West Conference’s Player of the Year for 2021 as selected by the league’s head coaches.

Parapunov was also player of the year for 2019. There was no award in the canceled 2020 season.

One week after he was selected first-team all-conference for the third time, Parapunov became the Big West’s first repeat winner. In addition, he is just the second UH player to win two conference player of the year awards joining Costas Theocharidis, who was the Mountain Pacific Sports Federation’s honoree in 2001 and 2003.

Parapunov and the No. 1 seeded UH men’s team will play for the national title next month.