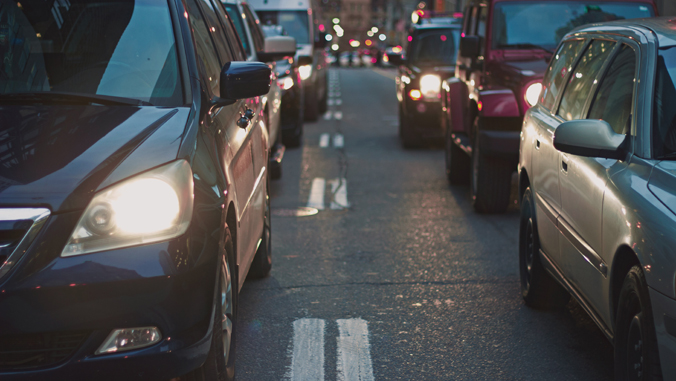 One of most noticeable effects of the COVID-19 pandemic has been the dramatic reduction in traffic on Hawaiʻi’s roadways. But can this trend continue after the pandemic? Researchers from the University of Hawaiʻi Economic Research Organization (UHERO) say it can be accomplished through a variety of ways, including implementing a strategic toll fee and staggering work hours.

A recent report estimated the annual cost of traffic congestion in Hawaiʻi to be $690 million, mainly paid through lost time and productivity from workers sitting in gridlock. UHERO says smarter policy could eliminate this cost and direct the savings to local workers.

The most efficient way, according to UHERO, is to charge an electronically-monitored toll on congested roads during the morning and afternoon rush hour commute. To alleviate concerns that tolls would amount to a new tax, revenue could be rebated directly to local residents and directed preferentially to lower-income households.

UHERO provides examples of its use in London and Stockholm. Cars driven within the central London congestion zone from 7 a.m. to 10 p.m. pay a daily fee equivalent to $20.85 every day except on Christmas Day. Billing is based on technology that recognizes license plate numbers. Residents living in or near the zone receive a 90% discount on the charge. UHERO says after the charge was implemented, the volume of traffic fell about 9% and home values within the zone increased.

The central Stockholm area is a group of islands, and this geography facilitates the collection of the congestion zone fee. Charges occur both when a car enters and leaves bridges connecting the islands. The total daily fee varies during the time of day and is capped at the equivalent of $16.20. The fee is not charged on holidays.

UHERO notes that a congestion zone fee in Honolulu has been discussed in complement when the Honolulu rail project reaches downtown, to encourage the use of the train. However, researchers say a well-designed fee at around $5 to $10 daily, can yield benefits prior to the rail project’s completion.

Another solution that UHERO provides is employers allowing their workers to stagger their work hours and/or to continue working from home beyond the pandemic. COVID-19 has changed how employers and employees view the costs and benefits of a central workplace and of gathering workers there for fixed hours, according to UHERO.

“If the congestion zone fee was in place only during weekday rush hours, workers and firms would have an incentive to allow for more flexible work hours,” UHERO said. “Workers would also have increased incentives to carpool or take TheBus. And when rush hour traffic improves, the incentives for other drivers to take more trips during rush hour is reduced because they too must also pay the congestion zone fee.”