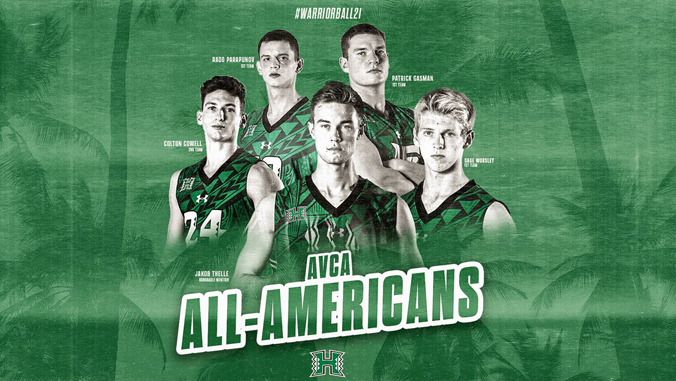 Outside hitter Colton Cowell was named to the second team while setter Jakob Thelle was an honorable mention.

The Rainbow Warriors are the top seed in this week’s NCAA Tournament, which is being held in Columbus, Ohio. UH will face UC Santa Barbara in the semifinals on Thursday, May 6.