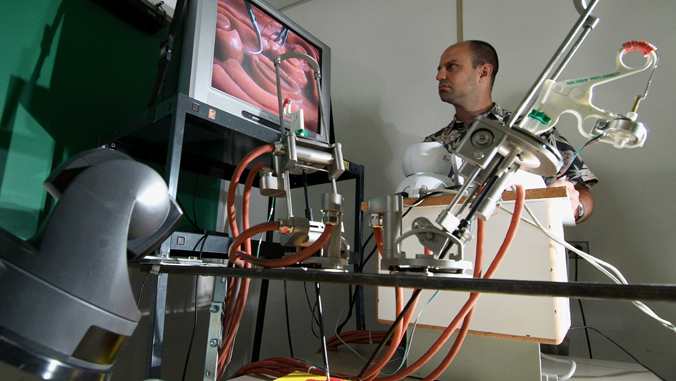 A cardiopulmonary wireless stethoscope and supercooling technology for perishable foods and biological materials. These are two of the dozens of University of Hawaiʻi projects that were granted a U.S.. patent in the last seven years.

These are some of UH’s research successes shared by UH Office of Innovation and Commercialization (OIC) Interim Director Steve Auerbach to the UH Board of Regents Committee on Research and Innovation at its virtual meeting on June 3.

“UH is in a key position to drive economic development and diversify Hawaiʻi’s economy through the talent from our students, faculty and staff,” Auerbach said. “Innovation and entrepreneurship will play a significant role in helping to reshape our world post COVID-19.”

OIC’s mission is to bridge connections and build partnerships between UH, the community and the world; strategically advance discoveries; and inspire innovators and entrepreneurs to create new opportunities for Hawaiʻi. Auerbach shared with the regents committee the office’s new strategy founded on collaborative partnerships with industry, government and the community that integrates programs focusing on how products go from idea generation, to commercialization and finally their impact on the community.

“We invite students, faculty and staff from all 10 campuses to take part in one of our programs,” Auerbach said. “If you have an idea, we can foster that idea and help it impact the world in a positive way.”