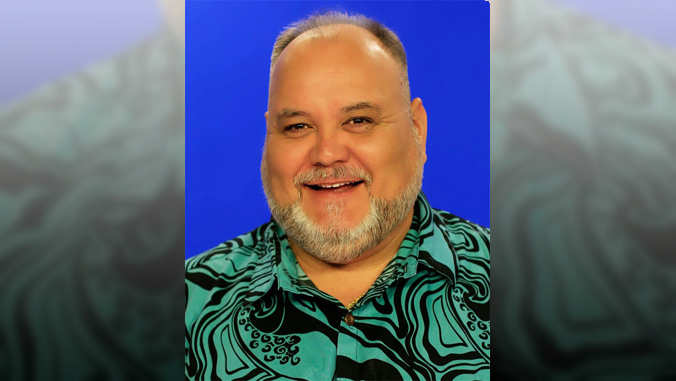 For decades Kekaula covered UH sports and was part of the play-by-play broadcast teams for UH football games on radio and television.

“We have heavy hearts this morning as our ʻohana has lost its mighty wings. Robert Kaleimomi Kekaula passed peacefully at 8:25 a.m. surrounded by his family. He lived his life his own way and was so much to so many people. His heart was full of love for his family, sports, and most of all music. Our wings are broken but we will fly again one day. And Robert will fly beside us and continue to guide us along the way. Mahalo to everyone who touched his life along this journey. Aloha ʻOe to our father, partner, brother, uncle and friend. We ask for privacy as we get through this difficult time,” Kekaula’s family said in a statement.

Kekaula was a familiar presence around the UH Athletics Department interviewing coaches and student athletes, and attending practices and games. He was known for his brightly colored aloha shirts and larger-than-life personality.

“We are heartbroken by the news of Robert’s passing. We mourn with the Kekaula ʻohana and express our condolences to his family, friends, and loved ones. Robert was truly a legend in sports broadcasting in the state of Hawaiʻi and as the voice of University of Hawaiʻi Football. He loved UH sports with a passion. He bled green and white. In over 25 years covering Rainbow Warrior Football on both radio and television, Robert witnessed our biggest wins and most painful losses. Not only was he an announcer, but he was a friend to many of our coaches, student-athletes, and staff members. UH Athletics has truly lost one of our own. Rest in Aloha, Robert,” the athletics department issued in a public statement.

Kekaula grew up in Kailua-Kona on Hawaiʻi Island. He graduated from Kamehameha Schools in 1983. He attended UH Mānoa but took time off to work in sports media full-time. He finished his degree in communications in 2008. Kekaula was a mainstay in TV sports and news coverage on Hawaiʻi TV sets. He worked at KITV and KHNL, while appearing on Oceanic/Spectrum football coverage.

He was very proud of being part of UH. In 2020, he provided a video message to graduating members of the campus during the pandemic. The University of Hawaiʻi Alumni Association shared the video after his passing.