Former University of Hawaiʻi regent, professor and UH Mānoa alumnus Michael T. McEnerney died on July 25 at the age of 72, his family confirmed.

McEnerney was appointed to the Board of Regents in 2015 and served until June 2020. During his tenure, McEnerney served on several committees, including Academic and Student Affairs; Budget and Finance; Independent Audit (served as chair); Intercollegiate Athletics (served as vice-chair); and Personnel Affairs and Board Governance.

“Mike was a hard-working and dedicated regent who utilized his accounting and legal background to best serve the university. He was stalwart in his support of UH, even after his term as a regent ended. He will be sorely missed,” Board of Regents Chair Randy Moore said.

“Mike was a dedicated regent who brought the full breadth of his expertise and experience to help us improve in so many ways,” said UH President David Lassner. “He always listened carefully, asked meaningful questions and voted his beliefs. We have all been enriched by his service to UH and the State of Hawaiʻi. Our deepest condolences to Irene and his entire ʻohana, along with our thanks to them for sharing Mike with us.”

McEnerney first came to Hawaiʻi in January 1970 to attend UH’s MBA program. McEnerney was a chaplain assistant for the Army American Community Chapel for the Berlin Brigade 1971–73. He returned to Hawaiʻi with his wife, Irene, in 1977 to begin his career and opened an accounting firm in the early 1980s, which became McEnerney Shimabukuro Okazaki and Fujita CPAs, AAC, and worked as a forensic accountant. In addition to being a CPA, McEnerney was also a licensed attorney and held several certifications, including an accredited senior appraiser in business valuation, a certified valuation analyst and was accredited in business valuation and certified in financial forensics. His community service included serving as a member of the Tax Review Commission for the State of Hawaiʻi and in a variety of community organizations.

During his tenure on the Board of Regents, McEnerney was best known for his role as chair of the Independent Audit committee which is responsible for overseeing the university’s legal and regulatory compliance, financial reporting, and internal controls. The regents and university officials expressed their gratitude for his dedication and service and their sympathy to his family. The McEnerney’s have four sons and eight grandchildren. 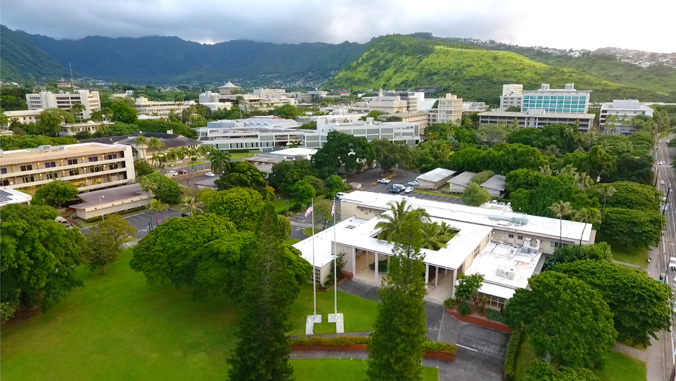