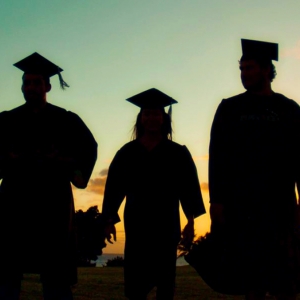 Among the states and territories, Hawaiʻi enjoys the 2nd lowest percentage of college graduates with any debt and is the 3rd lowest when it comes to student debt as a percentage share of income, according to a report by WalletHub. The personal-finance website released its report 2021’s States with the Most and Least Student Debt on August 25.

“A big reason we are among the very best when it comes to student debt is the affordability of the 10-campus University of Hawaiʻi public higher education system,” said UH President David Lassner. “Our regents and administration have committed to tough choices as we have frozen and even decreased tuition over these past challenging years. Coupled with our high quality education, UH provides an outstanding return on investment for our students and Hawaiʻi.”

According to Hawaiʻi P–20, about two-thirds of Hawaiʻi high school graduates attend a University of Hawaiʻi campus.

The total outstanding college-loan balances in the United States was at $1.59 trillion at the end of the second quarter of 2021, according to the U.S. Department of Education. That’s an average of $37,000 for each of the 42.9 million borrowers.

It was not all positive news for Hawaiʻi. The state rose to first in the nation for the highest percentage of student loan balances past due or in default. This was likely due to the devastating impact of the COVID-19 pandemic on Hawaiʻi’s economy, among the hardest hit in the nation, which WalletHub noted has pushed Hawaiʻi to the third highest average unemployment rate for those aged 25 to 34. In addition, Hawaiʻi ranked last in state grants and student work opportunities.