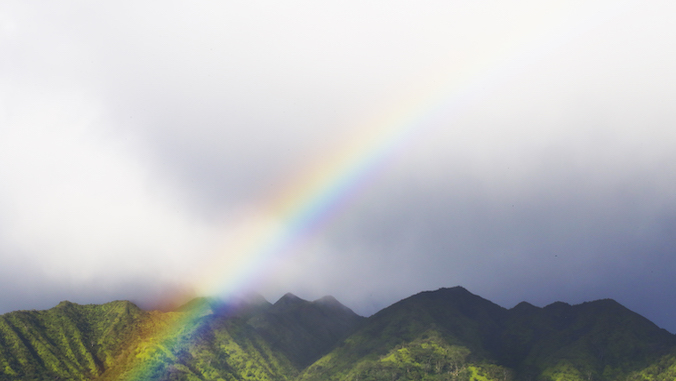 The University of Hawaiʻi at Mānoa is consistently ranked among the best universities in the nation and the world by the top ranking entities including U.S. News and World Report, Quacquarelli Symonds (QS) World University Rankings, Times Higher Education University World Rankings and the Academic Ranking of World Universities. It came as a surprise to many when UH was ranked among the worst when it came to college mascots in a survey conducted by Quality Logo Products.

Northwestern University’s Willie the Wildcat was named the best mascot in the survey of 126 NCAA Division 1 mascots by 1,266 people. Oklahoma State’s Pistol Pete was named the worst mascot. Hawaiʻi came in 5th worst. The survey used Vili the Warrior, even though he has not been on the sidelines of UH football since 2011.

Although maybe not a traditional mascot, Rainbows have been the UH symbol since 1923 after upsetting Oregon State, 7-0, at Mōʻiliʻili Field. According to the UH Traditions webpage on UH Mānoa’s HawaiiAthletics.com, a rainbow appeared over the field during the game, and reporters started calling UH teams the Rainbows. No surprise as Hawaiʻi may be the best place on Earth for rainbows, and rainbows are of special significance in Hawaiian culture.

Warriors was added to the nickname in the late 1960s. One reason was the tremendous support of the UH scholarship fund-raising organization, ʻAhahui Koa Ānuenue-the Order of the Rainbow Warrior.

“Hawaiʻi fans will take the Rainbows over Willie the Wildcat any day of the week,” said UH spokesman Dan Meisenzahl in response to the rankings.