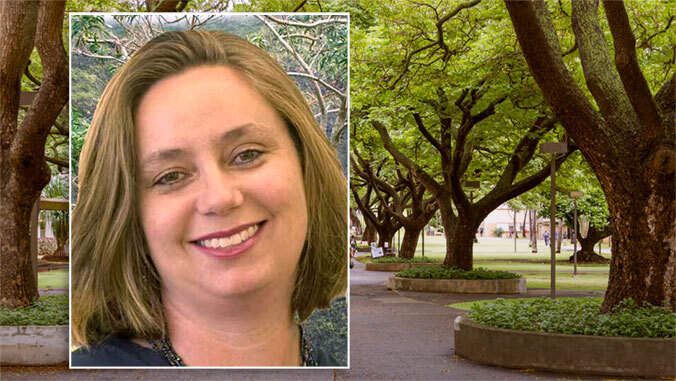 A University of Hawaiʻi at Mānoa professor is one of four women to be named editors-in-chief of a new mathematics journal—a first for any journal in the mathematical sciences. Department of Mathematics Professor Michelle Manes co-heads La Matematica, the new flagship journal of the Association for Women in Mathematics.

“I was both honored and surprised to be asked to join La Matematica as one of the editors-in-chief,” Manes said. “Like many senior women in mathematics, I had never been asked to join an editorial board for a journal (though I know that I had been recommended for such a position on more than one occasion). I was nervous to have my first editorial role be editor-in-chief, but I also really believe in the mission of La Matematica and what we are trying to build there.”

The journal, like other international peer-reviewed journals, aims to feature high-quality research. However, La Matematica is also heavily focused on collaboration and inclusion. The journal supports pro-interdisciplinary research and collaborative projects, and supports the flourishing of all mathematicians by adopting equitable practices in STEM (science, technology, engineering and mathematics) publishing.

Other goals for the journal include:

La Matematica’s first issue will be released in early 2022 celebrating the Association for Women in Mathematics’ 50th anniversary. It will be a curated issue of solicited articles from past presidents, prize winners and people who have been a major part of the association over the past 50 years.

This work is an example of UH Mānoa’s goal of Excellence in Research: Advancing the Research and Creative Work Enterprise (PDF), one of four goals identified in the 2015—25 Strategic Plan (PDF), updated in December 2020.