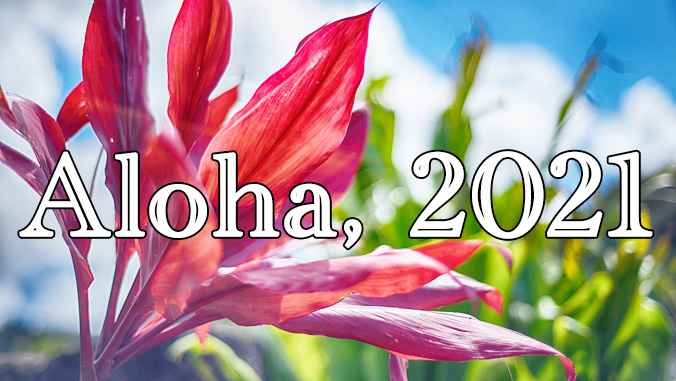 2021 was another year of accomplishments for the University of Hawaiʻi. The 10-campus system was undeterred by the COVID-19 pandemic and continued to provide the people of Hawaiʻi access to affordable, high-quality, higher education, along with so much more. UH continued to produce world class research and play an important role in the stateʻs response to COVID-19.

From record enrollment to a national championship, the opening of a state-of-the-art Academy for Creative Media to a former UH Maui College student who directed a Marvel movie blockbuster, here are the top UH News stories, in no particular order, for the year 2021.

UH Maui College achieves net-zero goal
UH Maui College is now virtually net-zero and is among the first campuses in the nation to generate 100% of its energy from on-site solar photovoltaic systems coupled with battery storage. The campus joins Leeward Community College, which became the first net-zero UH campus in July 2020. The UH 10-campus System has a goal to be “net-zero” by January 1, 2035.

New state-of-the-art Academy for Creative Media facility ready for students
UH West Oʻahu opened its state-of-the-art, 33,000-square foot, $37 million Academy for Creative Media facility. The campus is now the destination for creative media education in Hawaiʻi by linking facilities and programs throughout the UH System and across the state as a catalyst for the state’s intellectual property workforce.

Scientific breakthrough: First images of freshwater plumes at sea
UH Mānoa researchers demonstrated a new method to detect and map oceanic freshwater plumes in high resolution. The technique provided the first imaging of the substantial freshwater plumes west of Hawaiʻi Island that may serve as a source of freshwater in the future. This research is critical in a world facing climate change, since freshwater is vital for preserving public health, agriculture, ecosystems and the global economy.

ʻŌiwi poet-professor lands national award, publishing deal
UH Mānoa assistant professor Noʻu Revilla made literary history when she bested more than 1,600 other poets to become the first ʻŌiwi (Native Hawaiian) poet to win the National Poetry Series. Revilla will likely be the first openly queer ʻŌiwi woman to have a full-length collection of poetry published, after one of the country’s finest independent publishers offered her a book deal after winning series.

UH Mānoa alum covers January 6 siege of Capitol Building
UH Mānoa alumnus Kent Nishimura, a Los Angeles Times photojournalist, captured the chaos of the infamous January 6 siege of the Capitol Building. After photographing violent clashes outside, Nishimura was literally carried into the building when police pulled back and the protesters flooded into the building.

Maunakea Rangers warn public of hazards, vehicle restrictions to summit
The unsung heroes of Maunakea, the UH Maunakea Rangers are integral in protecting the mauna and everyone who visits this revered place. Trained first responders on duty seven days a week, the Rangers also monitor natural and cultural resources and serve as ambassadors, reminding visitors to treat the mauna with respect.