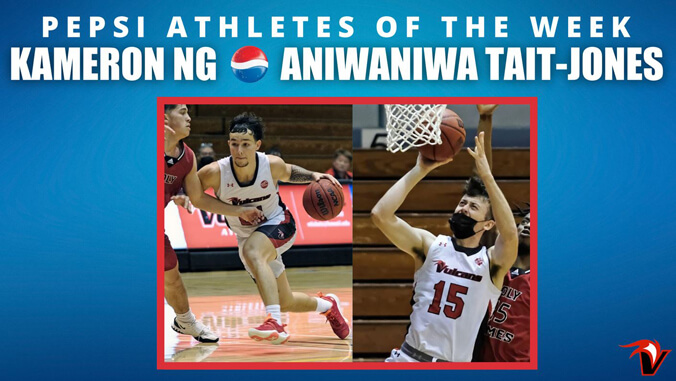 The University of Hawaiʻi at Hilo men’s basketball team had two solid conference wins against Holy Names University (HNU) on January 6 and Biola University on January 10. Vulcans Aniwaniwa Tait-Jones and Kameron Ng had standout performances in these two victories and were named Pepsi Athletes of the Week.

Tait-Jones racked up big numbers on the stat sheet. He had a double-double in both games totaling 39 points, 26 rebounds, five assists, four steals and three blocks. He also excelled at the free throw line going 12-for-15.

For more on Tait-Jones and Ng go to the UH Hilo athletics website.