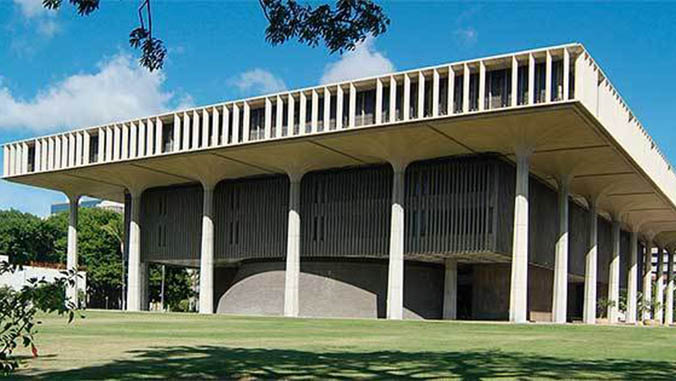 Kalbert Young, UH vice president for budget and finance and chief financial officer, shares his analysis of the UH budget as it goes through the 2022 Hawaiʻi State Legislative session.

The 2022 Hawaiʻi State Legislative session is at about the halfway mark with the March 4 First Crossover deadline, where bills move to the non-originating chamber (Senate bills crossover to the House of Representatives, and House bills crossover to the Senate). More than 2,500 bills were introduced this session, with more than 625 of those directly or indirectly impacting the University of Hawaiʻi.

The supplemental budget bill (HB 1600), crossed over to the Senate and has been referred to the Senate Committee on Ways and Means. UH requested $47.4 million in additional general funds, of which more than $46 million is for restoration of general funds that were reduced in 2021, and for the return of support for the athletic departments and other campus operations. The governor included the entire UH Board of Regents-approved request and added $28.2 million. The House works on the budget before the Senate and has approved virtually the entire request by the governor and added almost $53.5 million.

We are extremely thankful for the support we received from the House in the restoration of the budget cuts along with funding for other programs such as expanding the Hawaiʻi Promise Program, support for workforce development initiatives in K–12 education, nursing, and expanding graduate medical education for John A. Burns School of Medicine workforce development, to name a few. We will continue to monitor the bill as it proceeds through the Senate approval process.

For the capital improvement projects (CIP) budget, UH requested $89 million for FY23 in additional General Obligation Bonds to address capital renewal, progress on deferred maintenance and funding for projects to modernize each of the campuses within the UH System. HB 1600 HD1 includes $55 million for FY23 in General Obligation Bond funding for various projects.

There are a number of other measures that are still moving through the process that would be negatively impactful to UH. One such measure, SB 3269 SD2, would impact UH faculty’s academic tenure and, in its most recent version, mandates the UH president to adopt the BOR’s permitted interaction groups recommendations. Another measure, SB 3355 SD2, would mandate the creation of a BOR committee on community colleges and direct the vice president of the community colleges report to that standing committee, rather than the president of UH. Both SB 3269 SD2 and SB 3355 SD2 were passed out by the Senate and crossed over to the House for their consideration.

There is a little less than two months left before the adjournment of the State Legislature, and we are just about at the halfway point for the session. The UH administration, alumni association, faculty and staff and other affinity groups have been active on the measures highlighted here and a number of others. All of our engagements with legislators help to advocate and ensure that public funding for university programs can continue.

The next update will come after the next major deadline, which is Second Crossover on April 14 when bills still alive return to their originating chamber. This is then followed by conference committees during the last two weeks of the legislative session. The Hawaiʻi State Legislature is scheduled to adjourn on May 5, 2022.