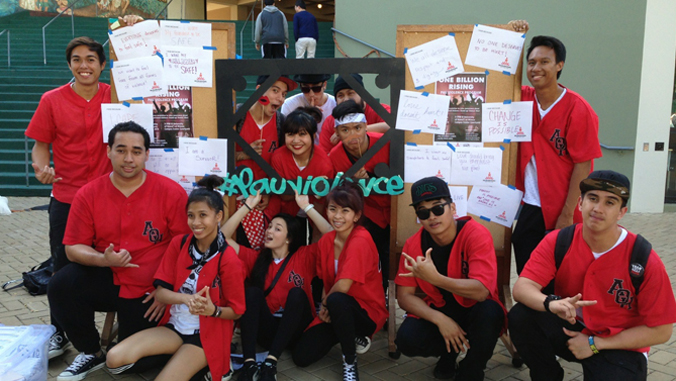 Sex Assault Awareness Month (SAAM) is observed nationally every April to promote education and prevention of sexual violence. This year, the University of Hawaiʻi at Mānoa is inviting its community to take part in upcoming SAAM events in April.

To further promote prevention and healing through reconnecting individuals to their communities, the theme of this year’s SAAM campaign is “Roads to Reconnection.”

“SAAM is meant to build awareness and increase prevention efforts in ending sexual violence. Here at UH Mānoa, it is imperative that we build a sense of community and safety for our haumāna (students),” said Jamie Newalu, UH Mānoa advocate. “It is everyone’s kuleana to look after one another. Sexual assault is not a light matter, and we all probably know someone who has been impacted by sexual violence. I encourage everyone to come and join our efforts to stand against sexual violence, and to reconnect with the community as we come back to campus.”

A resource fair featuring both on- and off-campus resources where participants can learn more about sexual violence prevention and healing. Alongside UH Mānoa resources, there will be featured community resources which include the Sex Abuse Treatment Center, Domestic Violence Action Center, Planned Parenthood, Hoʻōla Nā Pua, Hawaiʻi State Coalition Against Domestic Violence and Nā Leo Kāne. The event will include music, fun and games.

Roads to Reconnection: Standing Together

A resource fair featuring UH Mānoa student groups and resources that are standing together to prevent sexual violence. Participants can come and join your peers on spreading awareness to end sexual violence. The event will include music, prize giveaways and free food.

In honor of SAAM, an awareness display will be presented at QLCSS. Come and check out the display, take selfies and have a reflective moment as we all embrace the kuleana of ending sexual violence. Everyone is encouraged to wear teal for this “TEAL Thursday” event.

On- and off-campus resources

Due to the COVID-19 pandemic, the organizers of SAAM events would like to emphasize the resources, both on- and off-campus, that are available to everyone. The SAAM events are co-sponsored by UH Mānoa’s Women’s Center, PAU Violence, UH System Confidential Advocate and the Confidential Mānoa Advocate office.

“UH Mānoa is the largest university in the State of Hawaiʻi, and we are cultivating many future leaders, advocates and brilliant minds that will make an impact in this world,” said Newalu. “It is important that as a university community, we stand together and advocate against sexual and gender-based violence to make this a safe environment for our growing leaders to develop. Sexual violence knows no bounds, and is a pervasive problem across the world. It will take a collective effort from everyone, especially our future leaders, to put an end to sexual violence.”