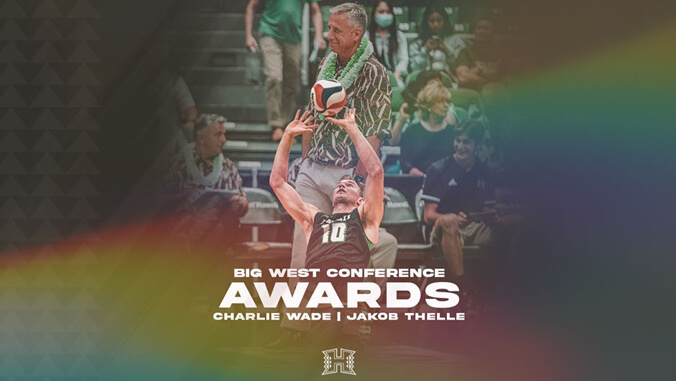 For the third consecutive year, a University of Hawaiʻi at Mānoa men’s volleyball player was named the Big West’s Player of the Year after setter Jakob Thelle received the honor this season. In addition, head coach Charlie Wade was named Co-Coach of the Year along with UC Irvine’s David Kniffin.

Thelle, a junior from Tønsberg, Norway, follows in the footsteps of Rado Parapunov, who received the award in 2020 and ’21. Over the weekend, the setter directed the Rainbow Warriors (24-5) to the Big West Championship title and earned Most Valuable Player honors in the process. In his second year as Hawaiʻi’s starting setter, Thelle will lead UH to its second NCAA Championship tournament appearance after winning the national title last season.