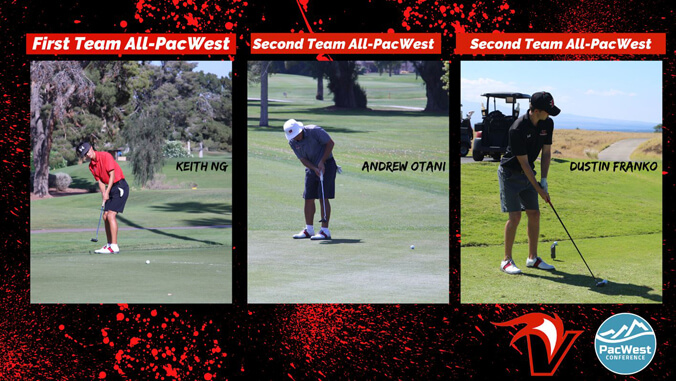 Ng was named First Team All-PacWest for an outstanding junior year. The British Columbia native averaged 73.63 strokes per round and carded under par scores eight times this season.

Otani finished this season with a scoring average of 75 and carded par or below eight times. He received medalist honors at the Hawaiʻi Challenge by winning in a playoff which earned him PacWest Golfer of the Week. Otani also finished in the top three in four invitationals.

Franko averaged 74.67 strokes per round this season and carded par or below eight times. He finished in the top three in two tournaments, one of which was at the PacWest Championships.