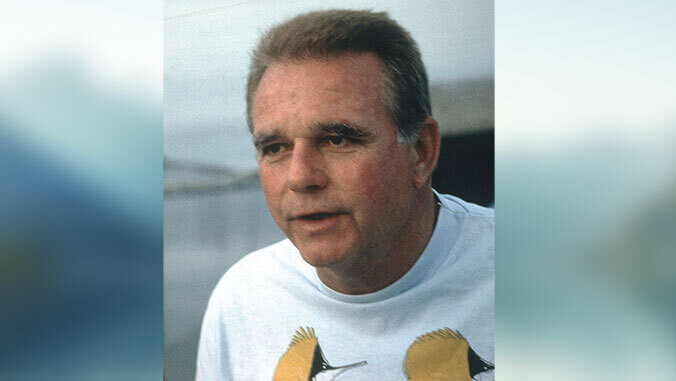 Ernst S. Reese, a University of Hawaiʻi at Mānoa zoology professor for nearly 40 years, whose coral reef research convinced the Hawaiʻi State Legislature to designate Hanauma Bay as a Marine Life Conservation District (MLCD), died on February 21, 2022, at the age of 91. Reese was a faculty member in the Department of Zoology from 1963 until his retirement in 2002.

Reese earned his undergraduate degree from Princeton University in 1953, which was followed by service in the U.S. Armed Forces as first lieutenant and executive officer of a field artillery battalion in Austria. He then enrolled in the zoology graduate program at the University of California, Los Angeles in 1956. He became interested in innate animal behavior patterns, although animal behavior was still a fledgling discipline of zoology. Reese earned his doctorate in 1960 with a thesis on the shell selection behavior of hermit crabs, which depend on finding a protective shell for survival. He later published a paper in Science furthering this topic of study.

While attending an international oceanography conference, Reese happened to sit next to the director of the Eniwetok Marine Biological Laboratory in the Marshall Islands, which was managed by UH. Reese received an invitation to visit the atoll under a fellowship to study coconut crabs. This chance encounter not only provided Reese with his first opportunity to study the fauna of a tropical coral reef, but during his visit he also met Al Tester, who was the chairman of UH Mānoa’s Department of Zoology. Tester invited Reese to teach an introductory zoology course at UH Mānoa.

Reese became a fellow of the Hawaiʻi Institute of Marine Biology, and he was eventually offered a split faculty position with a laboratory at the institute on Moku o Loʻe (Coconut Island) and in the Department of Zoology. After creating a home on Kāneʻohe Bay for his family, Reese’s interests turned to the protection of coral reef environments.

Prior to 1967, Hanauma Bay was a popular fishing ground and camp, and most types of fishing were allowed. As a result, by the 1960s, fish stocks began to decline. Reese and his graduate students documented the environmental resources at the bay and proposed that Hanauma Bay be set aside as a natural protective area and a living museum. Many fishermen protested this idea for fear of setting a precedent to close other local fishing grounds. However, the data generated by an underwater survey convinced the state legislature to designate the bay as a MLCD.

At UH Mānoa, Reese worked on the social behavior of reef fishes. He became particularly interested in the relationship of food and feeding behavior to behavioral ecology and life history characteristics, the coevolution of corals and reef fishes, orientation behavior of butterflyfishes, and the use of butterflyfishes as indicator-organisms of conditions on coral reefs. He dedicated his later years at UH Mānoa to developing simple observational tools that would allow recreational divers and students to assess the status of coral reefs using behavioral criteria, supporting the concept of student and citizen scientists to bring more awareness to coral reefs as indicators of environmental health. His interests culminated in developing management strategies for the conservation of coral reef ecosystems.

Reese was awarded several professional honors and served in several leadership positions in the scientific community. He was president of the Animal Behavior Society in 1975 and the Hawaiʻi Academy of Science, 1985–86. He was director of the Mid-Pacific Research Laboratory in the Marshall Islands,1977–1980. Throughout his career, his research was funded by the National Science Foundation, National Oceanic and Atmospheric Administration, Smithsonian Institution and special legislative grants from the State of Hawaiʻi, in addition to several intramural grants. UH bestowed on him a faculty performance award in 2000 and elected him emeritus professor in 2002.

Throughout his time at UH, Reese valued the quality of education of undergraduate students and helping them find their path in life. His simple advice to aspiring marine biologists was: point yourself in the right direction, be curious—be opportunistic, persevere to achieve your goals, carry a good luck charm and always say “Yes, I can!” His students have found positions as faculty members in Hawaiʻi and at mainland universities, colleges and high schools, and at museums and national and state agencies dealing with marine and environmental resources.

Reese is survived by his wife Ilze, and their children, Theresa McFarland (husband Bill) and Hans Reese (wife Michele) and seven grandchildren. He imparted to each his love of nature, and the importance of animals and being a family.