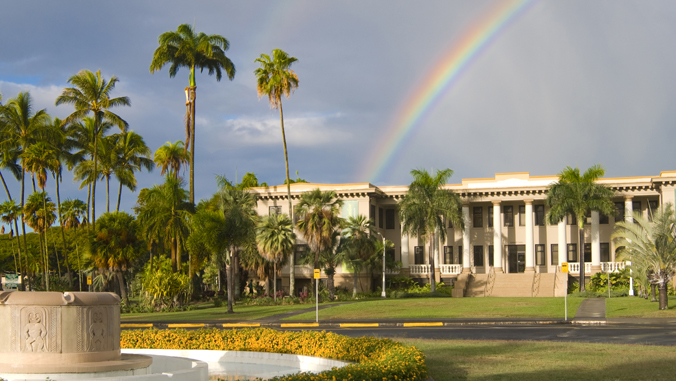 The University of Hawaiʻi’s flagship institution ranked No. 178 worldwide and No. 56 in the U.S., according to the Round University Ranking (RUR) world university rankings, released on May 11. This places UH Mānoa in the world’s top 1% out of more than 26,000 global universities and colleges.

“As potential students decide on which institutions to attend in the fall, many turn to global rankings as a major factor in their decision making process. These world rankings reflect the superior level of excellence demonstrated by our students, faculty and staff,” UH Mānoa Provost Michael Bruno said.

Each institution is evaluated by 20 indicators representing four missions: teaching, research, international diversity and financial sustainability. Over the past 13 years, approximately 1,300 leading universities representing 85 nations have been included in the rankings.

RUR is produced using data provided by Clarivate Analytics. The RUR world university rankings aim to guide potential students and their parents to choose the higher institution that suits their needs, assist professors with finding collaborators from other universities and serve as an assessment tool for managers of universities.