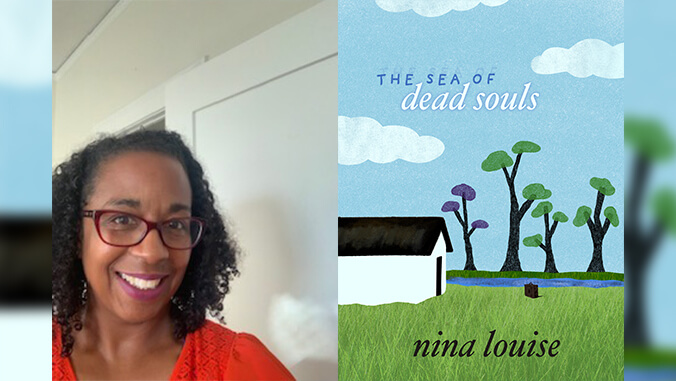 University of Hawaiʻi at Mānoa doctoral student Nina Louise is passionate about illustrating how colorism, or discrimination based on skin color, profoundly effects people of color. The English department PhD candidate has poured that initiative into a newly released novella, The Sea of Dead Souls. Set in Shreveport, Louisiana in the early 1940s, the story’s protagonist, Naomi Gatson, is a young Black woman who yearns to flee the south for the north on a quest to seek safe passage to freedom.

“My mission in this would be to uncover a lot of those stories, reveal those to readers so that they know and understand each other’s struggles, plights, triumphs, tragedies,” said Louise.

Louise, who serves as a graduate assistant for the UH Mānoa Commission of Racism and Bias’s Education Committee, is also committed to authoring more works aimed at helping form a stronger allyship between African-Americans and the Asian community, two communities she feels are too often pitted against one another.

Louise’s fierce drive stems from her own personal experiences with racism, an unfortunate recurrence for her while living in the continental U.S. Those bouts were rare in Hawaiʻi where she spent most of her childhood and earned a diploma from Waipahu High School. She believes more harmony can be achieved if people take time to understand historical trauma and dilemmas other ethnicities experience.

She’s already plugging away at another non-fiction piece about the disposition of the nation in the 1970s, through the lens of two minority children, one Black, the other Native American. Her sights are also set on publishing works on Chinese immigrants who worked in America’s Southern plantations.

“40 to 50% of Chinese men married black women because the Exclusion Act of 1882 didn’t allow Asian women into the states,” she explained.

Aside from novellas, Louise hopes to expand her repertoire and eventually take up screenwriting and possibly the silver screen. She can trace her knack for theatrical plots back to her high school days when she penned her very first play, The Wizard of Clause, about old Saint Nick hitting the neighborhoods of Waipahu.