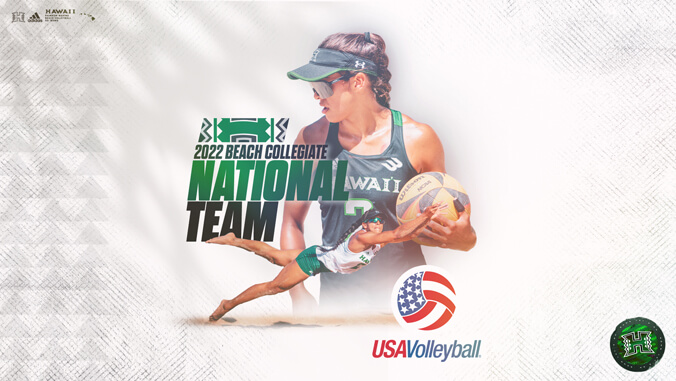 For the second straight year, the University of Hawaiʻi at Mānoa’s Brooke Van Sickle has been named to the U.S. Beach Collegiate National Team (BCNT). Van Sickle is among a total of 17 players from across the country to earn a spot.

Van Sickle just completed her third season with the BeachBows. She was named a first-team All-American and the Big West Pair of the Year with her partner Kaylee Glagau, while helping UH to its fifth NCAA Tournament appearance.