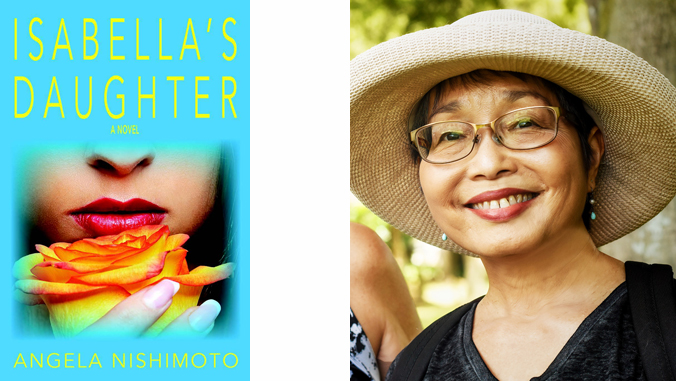 This came as no surprise to former colleagues of Angela Nishimoto, who retired in 2021 after 24 years as a science lecturer. They observed that her love of writing rivaled her passion for educating students about the beauty and wonders of the natural world.

“I first started work on this book in the early 2000s,” Nishimoto said. “I was intrigued by the #MeToo phenomenon and inspired by stories about that topic.”

Publisher Pueo Press described the plot: “A counselor at Hawaiʻi’s most elite private school, David Boyland is an absurd contradiction of privilege and victimhood. He enters middle-age still obsessed with memories of Isabella, the flower of island society who was the unrequited love of his youth. That is, until he meets her teenage daughter. He sweats, he stutters, he reaches for his inhaler, but he’s going for it in Angela Nishimoto’s turn-of-the-century masterpiece of sly, dark comedy and burning social critique.”

Born and raised in Windward Oʻahu, Nishimoto earned her master’s of science in botany from the University of Hawaiʻi at Mānoa. At Leeward CC, she taught several classes, including BIOL 101: Biology and Society, BOT 101: Botany, BOT 130: Plants in the Hawaiian Environment, and their associated labs.

She and Professor Priscilla Millen, were early pioneers in televising distance education botany classes in 2006. This format made an impact on her botany students and allowed her to share her knowledge with the community—many would recognize her from these classes on TV.

“My position at Leeward was wonderful, just what I needed. I loved my work and the varied tasks I needed to do,” Nishimoto recalled. “People were gentle, the students terrific. I will always have a soft place for Leeward CC.”

Outside of her life as a scientist she has written and published a number of poems, and works of fiction and nonfiction. Her work can be seen in collections such as Bamboo Ridge, Hawaii Pacific Review and Vice-Versa ezine.

Isabella’s Daughter is available on Amazon.com and at Barnes & Noble Booksellers at the Ala Moana Center.