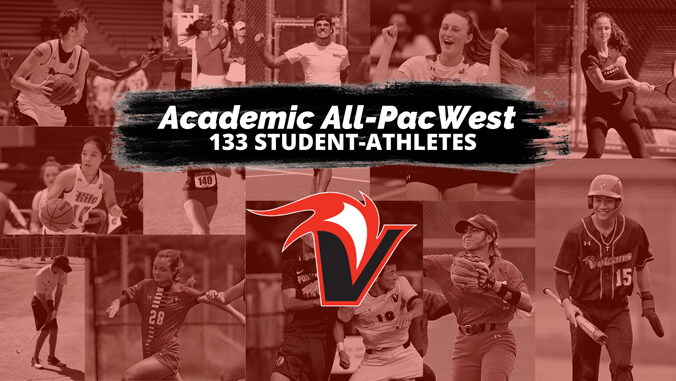 To qualify, student-athletes have to earn a 3.0 or better cumulative grade point average, have spent at least two semesters at UH Hilo and played in at least one game, match or race in 2021–22.

“This now marks six consecutive years of improved academic performance and I could not be more proud,” said Vulcan Athletics Director Patrick Guillen. “Congratulations to our student-athletes on this achievement. Mahalo also to the coaches and staff that work so hard to help provide the necessary resources to be successful. We are also grateful to our wonderful faculty that care greatly for our student success.”

Four of the UH Hilo teams had nearly 100% of their student-athletes reach a 3.0 grade point average or better. Men’s tennis (seven of eight), women’s golf (five of six), men’s golf (six of seven) and women’s cross country (six of seven) headline the Vulcans’ academic efforts. 11 of the 12 programs had at least half of their team on the list.