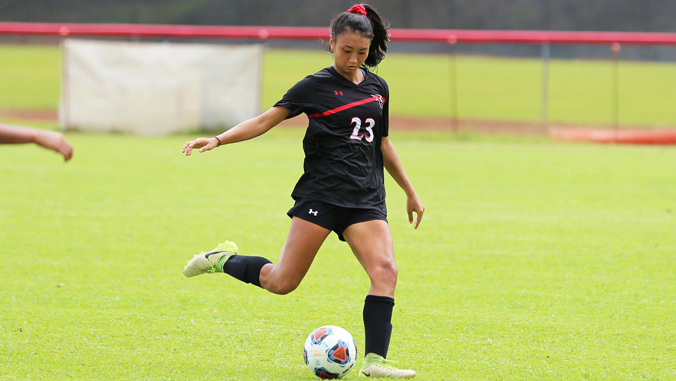 University of Hawaiʻi at Hilo women’s soccer athlete Jodie Lillie is one of just two Pacific West Conference (PacWest) selections for the NCAA Woman of the Year. Lillie, a UH Hilo graduate with one season left of soccer eligibility, joins softball athlete Lauryn Henderson from the Academy of Art as the representatives from the PacWest.

Lillie is one of 151 conference-level nominees, including just 39 at the NCAA Division II level.

Read more about Lillie at hiloathletics.com.