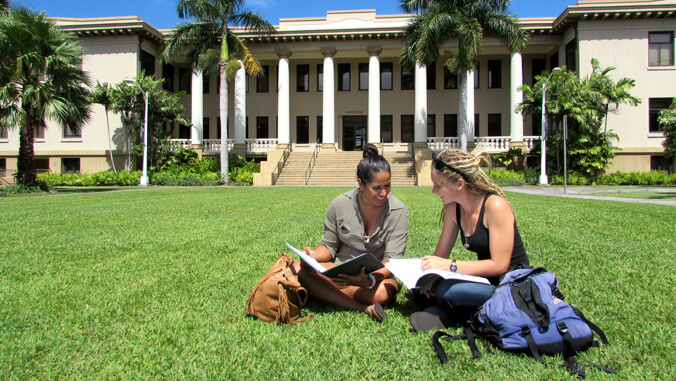 More international recognition conferred on the University of Hawaiʻi at Mānoa, the flagship campus of the 10-campus UH System. UH Mānoa ranked in the No. 86–106 tier in the U.S. and in the No. 301–400 tier worldwide, according to the 2022 Academic Ranking of World Universities (ARWU) by the Shanghai Ranking Consultancy, released on August 15.

UH Mānoa’s placement is equivalent to being among the top 2% in the world and consistent with the university’s showing among other prestigious higher education rankings entities.

“As we get ready to welcome our students back to campus for the fall semester, they can take pride in knowing that one of the top universities in the world is located right here in Hawaiʻi,” UH Mānoa Provost Michael Bruno said. “These rankings recognize the continued excellence of our world-class faculty, staff and students.”

Five UH Mānoa programs earned top 75 marks in the world in the latest Global Ranking of Academic Subjects by the Shanghai Ranking Consultancy, released on July 18. UH Mānoa is No. 12 in the world in oceanography, No. 15 in atmospheric sciences, and in the No. 50–75 tier in hospitality and tourism management, earth sciences and communication. Thirteen UH Mānoa subjects in total were ranked, including two others that placed in the world’s top 200.