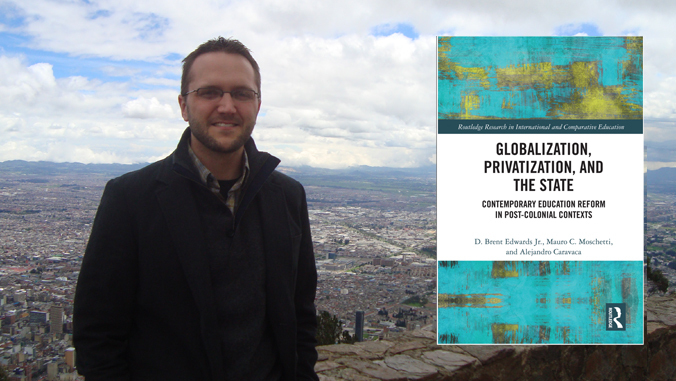 The dynamics of how globalization and privatization have influenced state policy and impacted education reform in Honduras is the focus of a new book by University of Hawaiʻi at Mānoa College of Education (COE) Associate Professor Brent Edwards, along with co-authors Mauro Moschetti and Alejandro Caravaca.

“We did not cling to our previous frameworks, but rather took the time to look beyond them.”
—Brent Edwards

The book, Globalization, Privatization, and the State: Contemporary Education Reform in Post-Colonial Contexts, is based on work the authors started in early 2018. With funding from Education International, a global union federation of teachers’ trade unions, the co-authors conducted a study of the ways that privatization is affecting the education system in Honduras.

“So proud of this new book,” said Edwards. “We did not cling to our previous frameworks, but rather took the time to look beyond them. After our initial approach from an international political economy perspective, we realized the need to grapple with the nature of the State itself and the ways that the Honduran State has been affected by the legacy of colonialism. This book is the result.”

Edwards is graduate chair of the Department of Educational Foundations and associate professor of theory and methodology in the study of education at COE. His research focuses on the global governance of education; education policy, politics and political economy with a focus on low-income countries; and democratic and socially just alternatives to dominant education models. His work has been published in English, Spanish, Portuguese and Japanese.