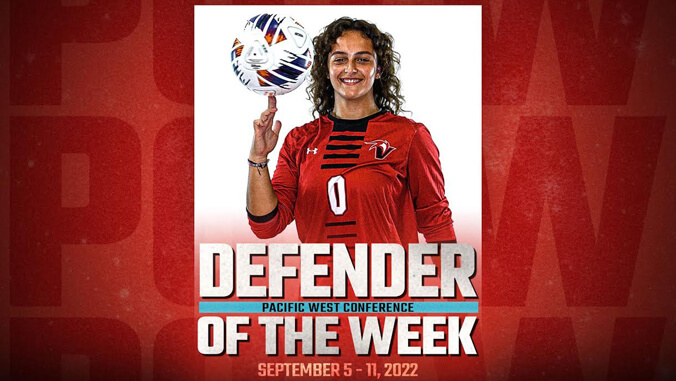 After snagging five saves for a shut-out victory on September 10 against Stanislaus State, University of Hawaiʻi at Hilo women’s soccer freshman goalkeeper Lolo Retsky was named Pacific West Conference Defender of the Week.

Retsky also played a part in the Vulcans’ 3-1 victory over San Francisco State on September 8.

Additionally, the UH Hilo women’s soccer team as a whole was selected as the PacWest Team of the Week, with two key-regional wins as the Vulcans have started the season 3-0-0.