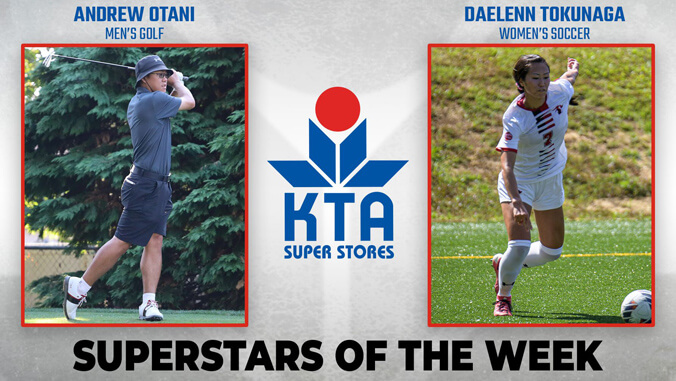 The UH Hilo men’s golf team opened its season this past week with Otani notching two top 20 finishes. The fifth-year senior finished the Saint Martin’s University Bishop Invitational in fourth place after shooting four under, then followed up with a tie for 12th place at the Western Washington University Invitational after finishing at even par.

The seventh-ranked Vulcans women’s soccer team went 2-0 this week as Tokunaga scored her first goal of the season and chipped in three assists for five total points.

The KTA Super Stores Superstars of the week highlights one male and one female UH Hilo Vulcan student-athlete every Wednesday for their stand-out accomplishments and highlights from the week prior.