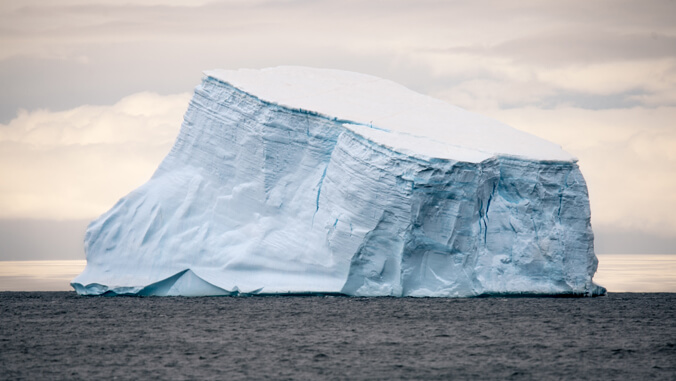 As icebergs break off from glaciers in the polar regions and travel toward the equator, they pose a major threat to marine transportation, offshore equipment and the environment, including sea-level rise. However, researchers still struggle to predict the behaviors of these massive blocks of ice as they move and melt in warmer waters.

The National Science Foundation (NSF) has awarded a pair of four-year grants totaling $1.5 million to University of Hawaiʻi at Mānoa and University of Rhode Island (URI) researchers who will inspect icebergs using autonomous robots and underwater profiling floats with the goal of analyzing their behaviors and allowing scientists to better predict their effects.

UH Mānoa Department of Mechanical Engineering Assistant Professor Zhuoyuan Song and his team in the College of Engineering will deploy autonomous robots in waters off Twillingate, Newfoundland, Canada to map icebergs above and below the water surface. They will scan and map the icebergs to learn a variety of characteristics, including the shape, size and drifting speed of icebergs, rate the icebergs are melting, how they are affecting the marine life around them as they melt, the interactions between freshwater and saltwater, and more.

“By combining and coordinating three types of marine robotic platforms, we will create comprehensive multi-modal iceberg mapping data sets that are critical for validating iceberg drift and deterioration models as well as building empirical iceberg geometrical models,” Song said. “This novel collaborative robot team could also be adapted for monitoring coastal processes, such as shelf-water intrusions, harmful algal blooms and sand wave migration that vary in both space and time.”

A major component of this research is advancing the technological capabilities of autonomous marine robots. Researchers will develop new algorithms to program the robots to not only collect data from the icebergs efficiently but also communicate and collaborate with the other robots above and below the surface of the water.

With the NSF funding, Song will hire graduate students and a postdoctoral researcher to assist with the project. He will also collaborate with researchers at URI.

This project will broaden the participation of underserved groups at URI, at UH Mānoa through the College of Engineering’s Native Hawaiian Science and Engineering Mentorship Program, and via a new summer workshop for students from a local high school with high minority-enrollment.