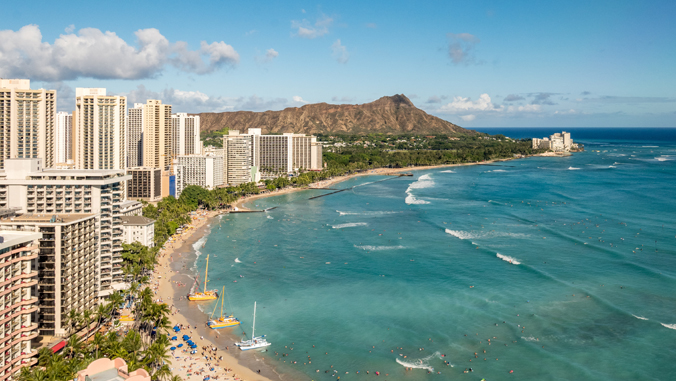 Hawaiʻi Tourism Authority’s Oʻahu Destination Management Action Plan (PDF) proposes to “establish a ‘Regenerative Tourism Fee’ that directly supports programs to regenerate Hawaiʻi’s resources, protect natural resources and address unfunded conservation liabilities.” None of the other islands’ action plans have proposed such a fee, so the fee would only apply to visitors to Oʻahu. While the proposed fee would be imposed on tourists and not on local residents, a new University of Hawaiʻi Economic Research Organization (UHERO) blog suggests possible alternate fees and ways to collect them.

James Mak (UH Mānoa emeritus professor of economics and UHERO research fellow) and Robert D. Ebel (former member of UH Mānoa’s Department of Economics and lead economist for the World Bank Institute Program on Intergovernmental Relations and Local Public Financial Management) advise against a fee that targets only tourists. They wrote, “Protecting Oʻahu’s (and the state’s) natural resources benefits both residents and tourists, so both should pay. A visitors-only fee may also be illegal.”

The authors question why Honolulu County and not the state is being asked to take the lead to levy a new fee/tax to support natural resource protection.

“Perhaps it reflects a limited objective to raise a modest amount of revenue to provide support for Honolulu County government’s natural resource programs only. There is nothing wrong with that, except the intent should be made explicit,” they wrote.

Mak and Ebel also noted that the Hawaiʻi Tourism Authority is not the only advocate of a new visitor green fee/tax. Other advocates include Conservation International (PDF), the 2020–22 Tax Review Commission (PDF) and Lt. Gov. Josh Green (and his proposed $50 head tax). The proposed fees are statewide fees, and contrary to the authors’ advice, they are meant to be imposed on tourists only.