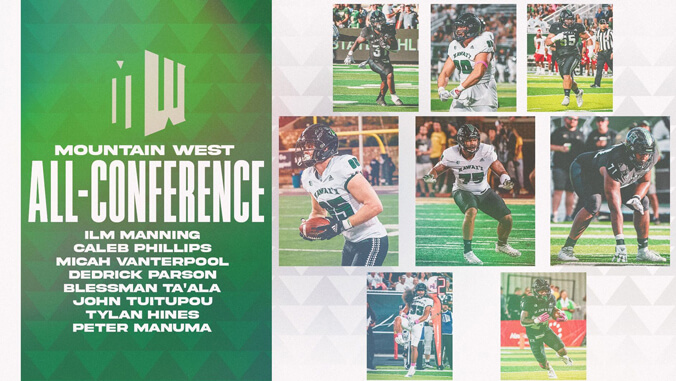 The University of Hawaiʻi at Mānoa football team placed eight members on the Mountain West’s all-conference teams as selected by a panel of media and the league’s 12 head coaches.

For more go to hawaiiathletics.com