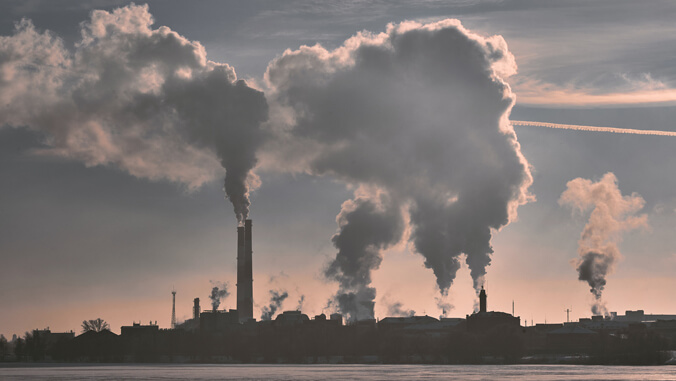 Hawaiʻi tax experts are recommending a new carbon tax for the state. If implemented, Hawaiʻi will become the first state in the nation to do so. A new blog by University of Hawaiʻi Economic Research Organization (UHERO) experts says “the rationale for a carbon tax remains sound,” however, it wouldn’t come without negative impacts.

A carbon tax is a tax on each metric ton of greenhouse gas (GHG) emitted. It is intended to encourage less fossil fuel use by switching to renewable energy sources. The tax can also generate substantial revenue. In jurisdictions that have a carbon tax, such as in Canada, typically most of the revenue collected is distributed to residents. If the tax is effective in reducing fossil fuel use, the revenue declines, adjustments to a carbon-free economy are made, and rebates stop.

Hawaiʻi’s constitution requires a Tax Review Commission (TRC) be appointed every five years to review the state’s tax/revenue system. In its final report to the Legislature, the 2020–22 TRC’s top recommendation was a carbon tax for Hawaiʻi.

As of April 2022, there were 37 jurisdictions around the world with carbon taxes. Congress has not enacted a carbon tax for the U.S. In 2022, Congress passed the Inflation Reduction Act, which will invest $391 billion in energy security and climate change, of which $270 billion will be in the form of tax incentives/subsidies. The subsidies approach won’t work for Hawaiʻi because it requires deep pockets, as the U.S. government can run budget deficits to fund subsidies, but the State of Hawaiʻi cannot.

Additional findings discovered that rebating 80% of the carbon tax revenues in “equal shares” to households divided into five income groups will make the average household in each of the groups economically better off after paying the tax, in part because tourists contribute to carbon tax revenues but don’t qualify for rebates.

Limitations to the recommendations

Since the analyses of households focus on the average household in each income group, some households gain and some lose as there can be wide variations in energy use among households. A carbon tax also creates a risk that exports are more costly leading to lower export volumes due to reduced competitiveness.

In Hawaiʻi, the carbon tax would negatively affect tourism by raising the cost of visiting the state. Returning 80% of the tax revenue generated by the tax to households restores some of the household spending and thus dampens some of the negative effects of the tax. There will still be a “small” contraction of the Hawaiʻi economy.

“Hawaiʻi is currently experiencing high inflation and anemic economic growth. With that sobering scenario, state lawmakers have an excuse to delay enactment of a carbon tax (or implement with a lower tax rate) in the upcoming legislative session. However, the rationale for a carbon tax remains sound,” the UHERO blog said.